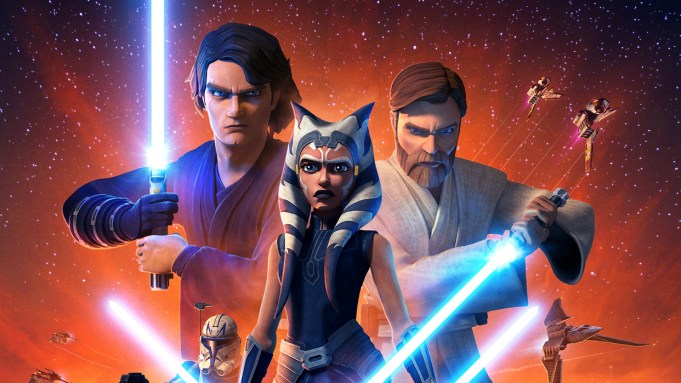 Disney Plus will premiere the seventh and final season of the animated series on Feb. 21, likely releasing the 12 episodes weekly, similar to what the new streaming service did for “The Mandalorian.”

It’s been six years since “Star Wars” fans last saw animated Anakin Skywalker, Obi-Wan Kenobi and Ahsoka Tano, and the final season will pick up where the previous one left off. The young padawan Ahsoka has become disillusioned with the Jedi Order and appears to walk away from her former lifestyle and friends. There’s danger in the air as the series inches closer to the devastating Order 66, the organized Jedi massacre seen in “Revenge of the Sith.”

“Great care, we must take,” says Jedi master Yoda in the trailer.

To make matters worse, Darth Maul is also back. Introduced in “The Phantom Menace,” the sinister villain has had a confusing history in the “Star Wars” universe, to say the least. Presumed dead after being cut in half in “The Phantom Menace,” he returned in the fourth and fifth seasons of “Clone Wars” and even had a cameo at the end of 2018’s film spin-off “Solo.”

“The Jedi and Republic will die,” he says ominously in the trailer, which shows him back with his signature double-bladed, red lightsaber.

After originally airing on Cartoon Network from 2008-2013, the series was canceled after Lucasfilm was acquired by Disney. To fans’ delight, Netflix saved the show and turned 12 unaired episodes into a sixth season to cap off the series–until Disney Plus revived it once again for this seventh and final season.