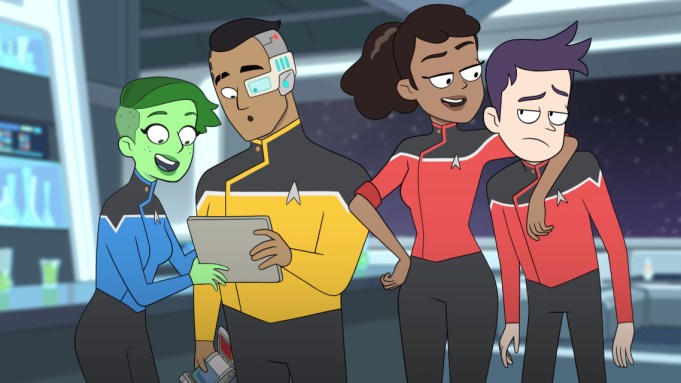 “We live on a spaceship, nobody is dying from a spear wound!” she exclaims in the midst of some onboard mayhem.

The 10-episode series, which has already been renewed for a second season, is the first animated “Star Trek” series in more than 45 years. “Star Trek: The Animated Series” had a brief run starting in 1973.

CBS All Access subscribers can watch the show each week on Thursdays starting Aug. 6 on the digital subscription video on-demand and live streaming service,

“Rick and Morty” veteran Mike McMahan developed “Star Trek: Lower Decks,” which focuses on the support crew that lives in the bowels at the very bottom of the U.S.S. Cerritos — known as one of the Starfleet’s least important ships — in the year 2380.

Also coming up are a Section 31-based series with Michelle Yeoh and a CG-animated “Star Trek” series for younger audiences in the works at Nickelodeon.