‘Star Trek: Discovery’ Renewed for Season 4 at CBS All Access 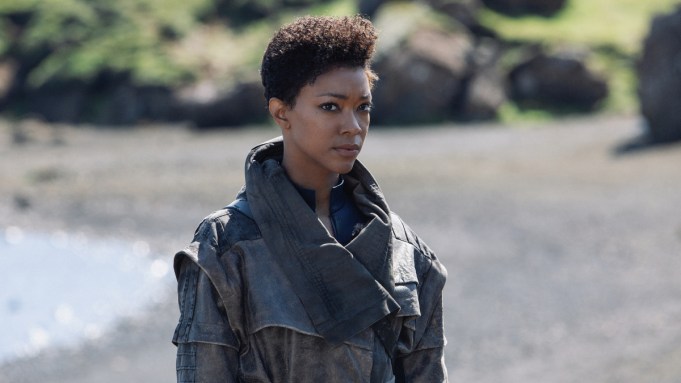 “Star Trek: Discovery” has been renewed for Season 4 at CBS All Access.

News of the renewal was announced in a video featuring series stars Sonequa Martin-Green and Doug Jones as well as executive producers and co-showrunners Alex Kurtzman and Michelle Paradise. In addition, they announced that production on Season 4 will officially begin on Nov. 2.

CBS announced in August that it would begin airing the first season of “Discovery” on its linear broadcast network. While not entirely unprecedented — the first episode of “Discovery” was aired on the network when it first began in 2017 — the move to air the entire first season came as CBS was looking to fill holes in its schedule. Due to the production shutdown caused by the COVID-19 pandemic, most broadcast shows have been unable to return for their usual fall timeslots. CBS only recently announced the premiere dates for a number of its scripted shows, which will launch in November.

CBS has bet big on “Star Trek” in recent years. Including “Discovery,” there are now five shows in the shared universe on All Access: “Star Trek: Strange New Worlds” (a “Discovery” spinoff ordered in May), “Star Trek: Picard” (Season 1 aired this year, already renewed for Season 2), “Star Trek: Short Treks,” and the adult animated series “Star Trek: Lower Decks” (debuted this year and was picked up for two seasons). Nickelodeon is also prepping an animated “Star Trek” kids series that will feature Kate Mulgrew as Captain Janeway.