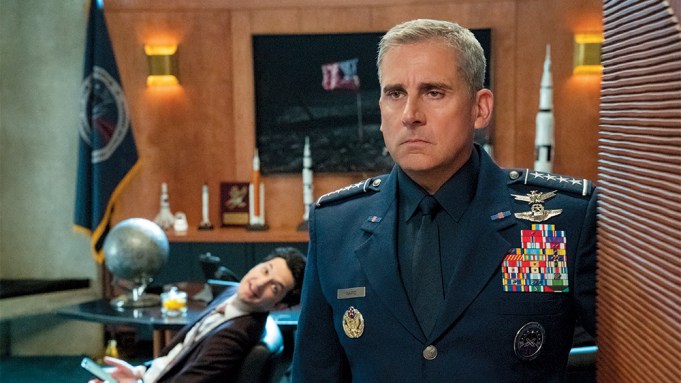 “Space Force” has been renewed for Season 2 at Netflix, Variety has confirmed.

The show’s first season debuted back in May. Production on Season 2 is currently slated to begin in Vancouver in 2021.

The show is inspired by President Trump’s proposal for sixth branch of the military and centers around decorated pilot and four-star general Mark R. Naird (Steve Carell), who has dreamed of running the Air Force, but instead finds himself tasked with leading the newly formed Space Force.

In an interview with Variety earlier this year, Carell said that he called Daniels to pitch him the idea and that Daniels was “the first and only person that came to mind.”

“He’s smart, funny and has excellent taste. I trust him implicitly,” Carell said. “More often than not, our instincts align with one another. We generally find the same sort of things funny, or moving, or intriguing. That has been the case since we first met.”