Continue to Variety SKIP AD
You will be redirected back to your article in seconds
Sep 15, 2020 12:00pm PT 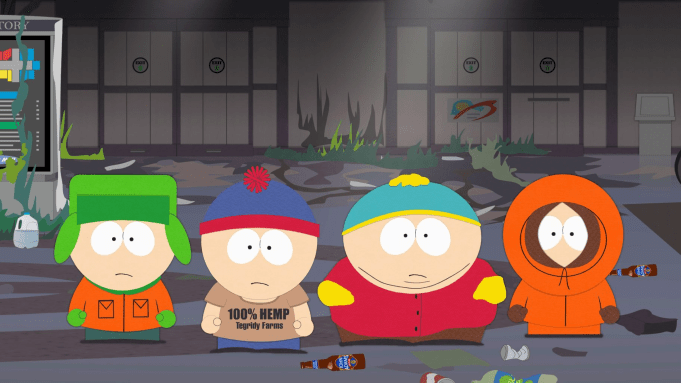 “South Park” is the latest show to be tackling the coronavirus pandemic.

Comedy Central has announced that the iconic animated comedy will return with a one-hour special creatively titled “The Pandemic Special.” The episode in question will air on the cable network on Wednesday, Sept. 30 at 8:00 p.m. ET/PT.

In terms of the plot, viewers will see Randy comes to terms with his role in the COVID-19 outbreak as the on-going pandemic presents continued challenges to the citizens of South Park. The kids happily head back to school but nothing resembles the normal that they once knew; not their teachers, not their homeroom, not even Eric Cartman.

Comedy Central has also released a trailer for the episode, which teases that it will cover all sorts of “2020 problems,” including the kids having germ barriers in front of their desks when they return to school.

Series creators Trey Parker and Matt Stone will of course write and executive produce the special. The duo have written, directed and edited every episode of “South Park” since it premiere back in 1997.

News of the special comes almost exactly a year after “South Park” was renewed through season 26 by Comedy Central, which is almost entirely exiting the scripted live-action business in favor of animated and late-night fare.

The most recent season finished airing in Dec. 2019. “South Park” hit the 300th episode milestone during season 23, but it still trails “The Simpsons” by four seasons in the the longest-running animated series of all time table.

Several live action series have turned to animation during the extended COVID-19 production shutdown, including Pop TV’s “One Day at a Time,” which aired its special episode back in June.