Sophie Turner on Moving Past ‘Game of Thrones,’ Quibi’s ‘Survive,’ and Mental Health 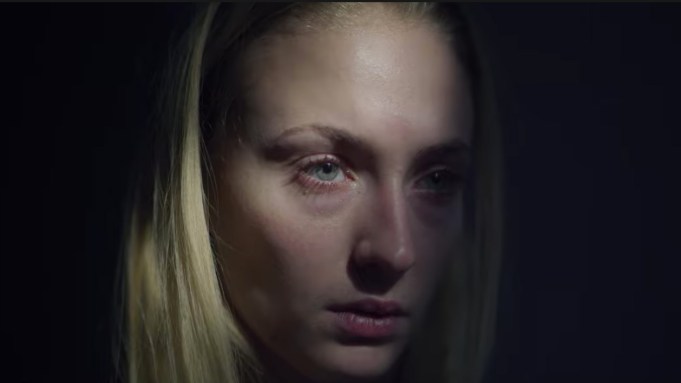 Some new brides may be inclined to unbox appliances and avoid sending thank-you notes. Sophie Turner, however, was desperate to get back on set.

“‘Dark Phoenix’ had just come out, I had just gotten married, and as soon as the wedding was over I thought, ‘Thank god I can take a breath, now I want to get back to work,'” Turner tells Variety of life after “Game of Thrones” and her marriage to singer Joe Jonas in 2019.

After “Thrones,” which ran for a remarkable eight seasons and landed her an Emmy nomination, Turner sought something new and got it two-fold — jetting off to Italy’s Dolomite mountains to film a survival tale unlike she’d ever seen, for Jeffrey Katzenberg’s upstart mobile video platform Quibi.

“There were so many new things happening in my life at the time so I thought, ‘Okay, maybe I’ll roll with this because it sounds so innovative and exciting,'” she said.

“Survive” sees Turner play a young woman named Jane who is discharged from mental health rehabilitation center. On a cross-country flight home, she has dark thoughts on taking her life — until a plane wreck leaves her stranded alive.

“The subject matter is so important to me, so everything felt like that’s where I needed to go. [This character] is very set on duping her way out of this facility, and she’s going to go kill herself. She’s incredibly depressed, she doesn’t feel like there’s any hope,” Turner says. “But she ends up fighting for a life she didn’t want to live in the first place.”

Turner was candid on her drawing from her life when building the character.

“I tried to come at it from as truthful a point of view as I could, just from my past experiences. Without going into too much detail, I’ve definitely been where Jane has been. It wasn’t the biggest stretch for me, I suppose,” says Turner.

The actor also spoke with people living with mental conditions, like bi-polar disorder and PSTD, represented by other characters on the series.

“It’s different for everyone who deals with it. In my experience, everyone who I have met who has struggled so much, [they] have been the greatest actors that I have ever met in my life. It was never obvious to me,” she said.

From a technical standpoint, Turner immersed herself in the production mandates that a Quibi series requires. The platform’s elevator pitch says that users are able to view content horizontally and vertically, while still retaining full scope of the storytelling. This required “cross-shooting,” or several cameras capturing entire scenes at the same time to enable dynamic viewing.

“I love anything episodic because you get so much more time to work with a character, even though this is bites. In our eyes, we shot ‘Survive’ as a movie, where you have to have a cliffhanger basically every 10 minutes,” she said.

Watch Variety’s full Zoom chat with Turner, where she also discusses her fate in the ongoing “X-Men” cinematic universe, above.