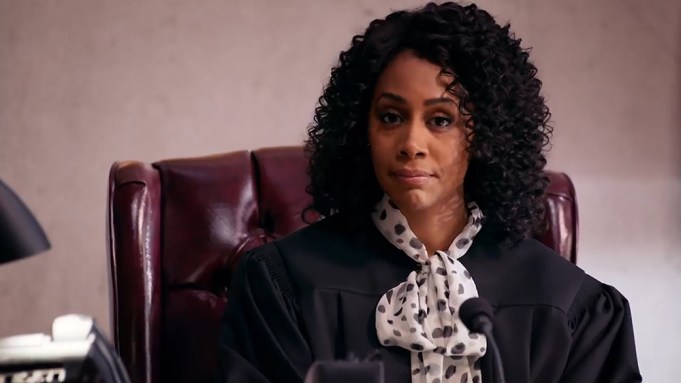 As the star of CBS’ courtroom drama “All Rise,” Simone Missick takes playing Judge Lola Carmichael seriously, even if the character isn’t always that herself.

“I’ve got the fortune of coming up after Viola Davis, after Kerry Washington, that showed networks and buyers and audiences that they did want to see [these] stories told,” Missick tells Variety. “I get to be a character that is messy and clumsy and goofy and a little neurotic.”

She adds that that nuance and multidimensionality is something still not always granted to actors of color in their roles.

Missick is also known for her turn as Marvel superhero Misty Knight on Netflix’s since-canceled series “Luke Cage” and “Iron Fist,” a part she says she misses for the stunt training and because it served as a role model for young boys and girls — including her own 7-year-old niece, nicknamed Misty Afternoon.

In addition to starring in “All Rise,” Missick co-stars with longtime friend and Marvel Cinematic Universe star Anthony Mackie in Season 2 of “Altered Carbon” on Netflix. She takes on the lead role of Trepp, a bounty hunter, in the sci-fi cyberpunk series that takes place in a world where humans are able to transfer their consciousnesses into other bodies. The season drops Feb. 27.

Shooting in chilly Vancouver in the winter time proved challenging for the cast, including Mackie, Missick recalls lightheartedly.

On whether, in her post-Misty Knight career, she ever thinks about if and when roles will unexpectedly come to an end, Missick says she chooses optimism.

Watch Missick’s full interview in the Variety studio above.