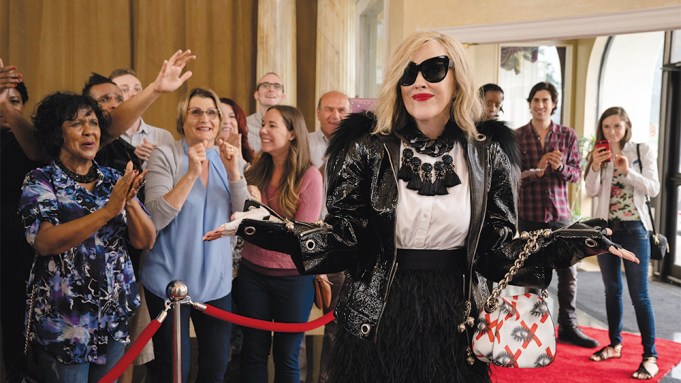 It may not be quite as momentous as taking home nine total Emmys, but “Schitt’s Creek” has another reason to celebrate.

The lauded comedy series has broken into Nielsen’s list of top 10 most-streamed shows for the first time. For the week of Sept. 21, viewers watched the show for a total of 839 million total minutes, placing it fifth overall. “Schitt’s Creek” bursting into the rankings for that week in particular is hardly surprising, as it coincides with the show’s stunning Emmys sweep the weekend before.

Also new to the top 10 is “Enola Holmes,” which racked up 1,165 million total minutes, impressive for a standalone feature. That was enough to put it in second place behind Ryan Murphy’s “Ratched,” which topped the rankings for a second week straight.

Nielsen’s ranking is based on the amount of minutes consumers who have access to platforms are streaming during the week. It should also be noted that streamers like Netflix and Amazon do not release their own detailed streaming numbers and these are based on Nielsen estimates.

So far, Nielsen is factoring in Netflix, Amazon Prime Video, Hulu and Disney Plus into its top 10 streaming measurements. Only a small handful of shows have broken Netflix’s dominance on the top 10. Amazon’s “The Boys” finds itself in the list once again this week, and keeps cropping up the most consistent non-Netflix performer.