What to Watch on TV This Week: ‘Saved by the Bell’ and ‘The Undoing’ Finale 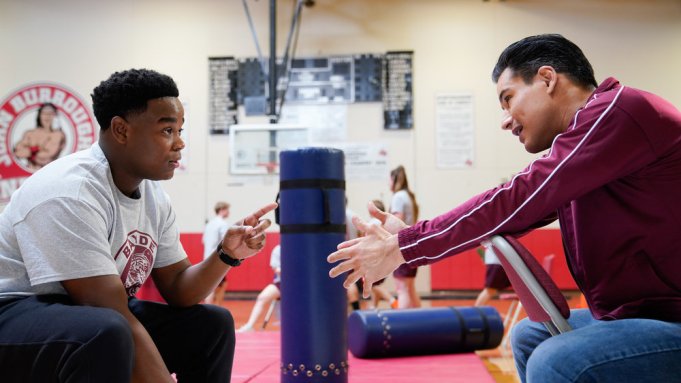 Welcome back to Tune In: our weekly newsletter offering a guide to the best of the week’s TV.

Each week, Variety’s TV team combs through the week’s schedule, selecting our picks of what to watch and when/how to watch them. As many across the country continue to practice self-isolation due to coronavirus, why not while away a few hours on some of the shows below?

This week, the “Saved by the Bell” reboot launches and “The Undoing” comes to an end.

This groundbreaking Christmas movie centers around Abby (Kristen Stewart) and her girlfriends Harper (Mackenzie Davis). Abby learns that Harper has kept their relationship a secret from her family, which leads to all sorts of disastrous scenarios when the duo head to Harper’s family home for the holidays. The film hails from writer and director Clea DuVall.

“Saved by the Bell,” Peacock, Wednesday

Kaley Cuoco is hoping for a smooth landing at HBO Max with this new limited series about a flight attendant (Cuoco) who wakes up in the wrong hotel, in the wrong bed, with a dead man – and no idea what happened.

Who will win this year’s highly competitive, highly controversial season of “The Great British Baking Show?” Will it be Peter and his consistent bakes, Dave and his growing confidence, or Laura and her delicious creations? Tune in Friday to find out.

This six-part limited series, which has captivated its audience, comes to an end this week. Tune in for what will surely be a thrilling conclusion to the twisting tale of Grace (Nicole Kidman) and her disgraced husband Jonathan (Hugh Grant).