‘Saved by the Bell’ to Premiere on Peacock in November 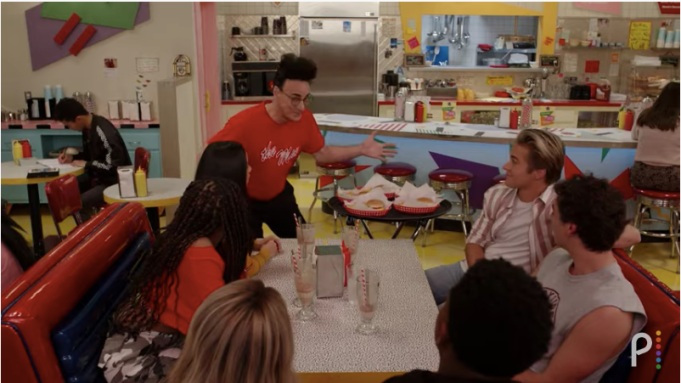 Classes will be back in session at Bayside High School in just two months: “Saved by the Bell” is premiering Wednesday, Nov. 25 on Peacock, the streamer announced Tuesday.

Just in time for Thanksgiving, fans of the original Saturday morning sitcom — or just teen comedies in general — will have something for which to be thankful. The new version of the late-1980s/early-1990s NBC series centers on the new millennium’s class and all episodes of the first season are scheduled to drop at once. At the start of the new series, a number of kids from underfunded high school whose doors Governor Zack Morris (Mark-Paul Gosselaar) closed end up at Bayside, giving the privileged preppies that roam those halls a new reality check.

The new series, which is being called a “reimagining” rather than a revival or continuation series, will star some of its original cast in their original roles: Mario Lopez and Elizabeth Berkley Lauren as AC Slater and Jessie Spano, respectively, while Gosselaar and Tiffani Thiessen will guest star as Zack and Kelly Morris, respectively.

“The characters are larger than life; they’re a little more animated than we were back in the ’80s and ’90s. And I think it’s a fun version,” Gosselaar previously told Variety.

For example, former all-star athlete Slater is now the Bayside High gym teacher; the infamous “time-out” fourth wall break and freeze frame is no longer in the hands of just Zack Morris; and now jokes can be made at the original series’ expense, such as Jessie warning the new students of Bayside about the dangers of caffeine pill addiction being ruining your girl group’s chance at a record contract.

But some things remain timeless, and in this version there are of course two teenage boys fighting over the same girl. Only this time one is a Morris and one is a Spano.

“Saved by the Bell” is not the first in a series of beloved shows to be brought back on Peacock, but it is also not the last. The service launched this summer with a new “Psych” movie, while “Punky Brewster” is also in the works.