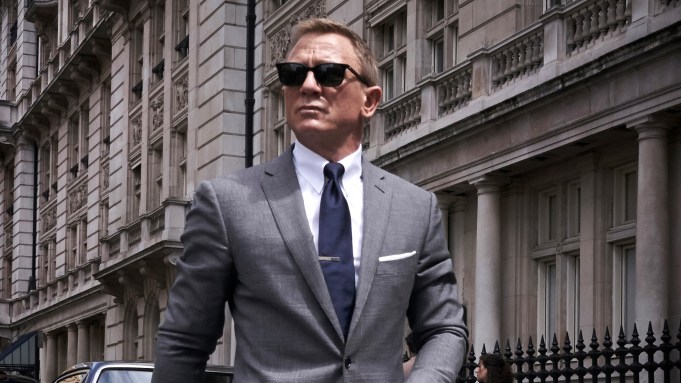 “No Time to Die,” Daniel Craig’s final film as James Bond, has been delayed until November due to concerns over COVID-19, but the actor still took the stage at Studio 8H in New York Saturday to host “Saturday Night Live.” And in doing so, he brought with him one of his favorite scenes from the upcoming film.

During his monologue, Craig first reminded people that “Fleabag’s” Phoebe Waller-Bridge was brought in to punch up the script for the film, which he said meant he would sometimes turn to the camera and say, “The name’s Bond, James Bond. Is it bad that I fancy the pope?”

The clip featured a tuxedo-clad Craig walking into a casino to tell Chloe Fineman he always thought her “game was stealing state secrets.” He had her blow on a pair of dice before asking her where he boss was, but he quickly got distracted from his mission when it turned out he rolled a seven and that made him a winner.

Craps gave him a bigger rush than his usual spy work, as he stripped off his tie and said his heart was beating fast. He also nixed his usual martini, shaken not stirred order for a vodka and Red Bull in a pint glass.

Even when Fineman’s character gave up the goods on her boss, Craig’s Bond wasn’t moving from the table.

“Ladies and gentlemen, I have an announcement to make, I’m buzzed,” he said.

The craps dealer (played by Mikey Day) turned out to be a Spectre agent, but even buzzed, Craig’s Bond was the quicker shot and got him right in the heart.

“Everyone all right?” he asked.