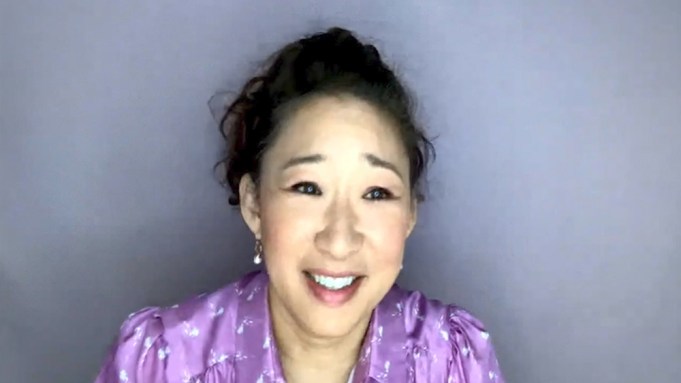 After Shonda Rhimes created “Scandal,” a long list of actresses — including Taraji P. Henson and Gabrielle Union — auditioned for the part of Olivia Pope in the ABC drama that premiered in 2012.

But before Kerry Washington nabbed the Emmy-nominated role as the White House crisis manager and “fixer,” another actor starring in a Shondaland TV series lobbied to play her.

In an interview for Variety‘s Actors on Actors issue, Oh revealed to Washington that she wanted to play Pope after she read the “Scandal” pilot. At the time, Oh was starring as Dr. Cristina Yang on “Grey’s Anatomy.”

“I’ve got to tell you, I remember exactly where I was when I read that damn pilot,” Oh said to Washington. “I was on ‘Grey’s.’ We were on stage five. Someone snuck it to me, I don’t know who it was, but I got my hands on that pilot and I read it and I was just like, ‘How could I play Olivia Pope?'”

Oh then spoke to Rhimes about the role. “I remember going to Shonda, and it’s like, ‘How could I do this?'” Oh recalled. “‘What is this script? Could I do this too?’ She goes, ‘No, you’ve got to play Cristina Yang!'”

“You have a job girl!” Washington said.

“But I also feel like it’s so wonderful and rare when you get in your hands something that you know is electric, that you can feel,” Oh said. “I’m so glad it was you.”

For more from Variety‘s conversation with Oh and Washington, read our full story here.