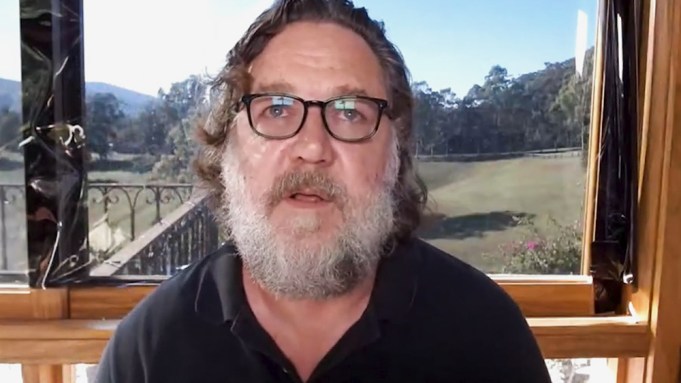 In an interview with Variety‘s Actors on Actors issue, Crowe revealed to Nicole Kidman that he approached Kushner, the president’s son-in-law and senior advisor, at Hugh Jackman’s 50th birthday party in 2018 in New York. Crowe thought that Kushner would be able to tell him what Ailes — who also acted as an advisor on Trump’s 2016 presidential campaign — was like.

Crowe plays Ailes in the Showtime series based on Gabriel Sherman’s book “The Loudest Voice in the Room,” which was published in 2014, and subsequent articles from New York magazine. Crowe said he couldn’t resist the opportunity to have a conversation with Kushner, because he had a direct link to Ailes in the months before his 2017 death.

“I remember when you were preparing for Roger Ailes, you were compiling all the information about him,” Kidman said. “How did you do that?

“Well, that’s a funny thing,” Crowe said. “Because you tend to take advantage of situations that come up. You were in New York for Hugh’s birthday party, right?”

Kidman confirmed that she was.

“And Ivanka [Trump] came in,” Crowe recalled. “So that gave me the opportunity to have a very long conversation with Ivanka’s husband. And he had a very direct relationship with Roger over their presidential campaign. Phone calls every Sunday. So it gave me that contemporary insight that the book could not give me.”

Kidman responded, “I had no idea.”

“Nobody else was talking to him,” Crowe quipped.

Variety‘s Actors on Actors issue celebrates the best TV performances of the year. Crowe is considered a frontrunner for an Emmy for best actor in a limited series or movie for “The Loudest Voice.” Kidman is the star of “Big Little Lies,” which completed its second season last summer, reprising her Emmy-winning role as Celeste Wright, a lawyer and mother of twin boys.

For more from Variety‘s conversation with Crowe and Kidman, read our full story here.