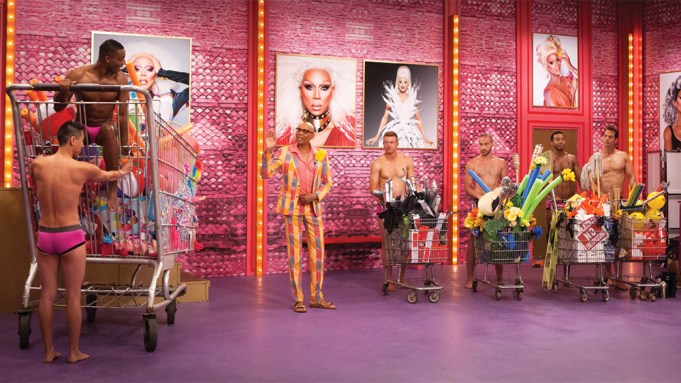 Shantay, you stay — home, that is.

And in this time of “safer at home” and “shelter in place” amid the coronavirus pandemic, VH1 and World of Wonder Prods. are providing you with an extension of the “RuPaul’s Drag Race” franchise in “RuPaul’s Secret Celebrity Drag Race,” a new event series set to launch April 24 at 9:30 pm.

Each episode in the four-part event series will feature a trio of celebrities opening up their hearts and minds to the transformative power of drag. After getting some help from beloved past contestants — deemed “Queen Supremes” — Alyssa Edwards, Asia O’Hara, Bob the Drag Queen, Kim Chi, Monét X Change, Monique Heart, Nina West, Trinity the Tuck, Trixie Mattel and Vanessa Vanjie Mateo, the celebrity contestants will compete in fan-favorite challenges and step onto the runway in their new looks.

At the end of each episode, one of that week’s three celebrity contestants will win the title of “America’s Next Celebrity Drag Race Superstar” and prize money for a charity of their choice.

“’RuPaul’s Secret Celebrity Drag Race is a blast,’” said four-time Emmy Award-winning host and executive producer RuPaul. “We put these celebrities through it! Because no matter how famous your charisma, uniqueness, nerve and talent is, you still put your pantyhose on one leg at a time.”

The celebrity contestants come from film, music and television and are yet to be announced, but are promised to make this “the most star-studded competition in herstory,” per the promo, which you can see above.