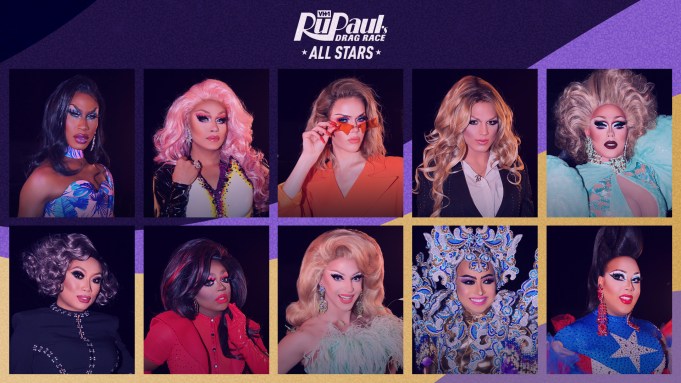 Hold onto the edge of your seat, squirrel friends: The fifth season of “RuPaul’s Drag Race All Stars” is being shaken up.

This season there are new ways to get eliminated and new rules when it comes to lip syncing for one’s legacy, VH1 announced Thursday.

Instead of selecting the top two queens of the week and having them perform opposite each other, as has been tradition in the “All Stars” spinoff of the “Drag Race” franchise, host and executive producer RuPaul will select only one top “All Star” per episode. Then that queen will lip sync against a “mysterious lip sync assassin,” as the Viacom network puts it. Who are these special guests? Some of the most iconic performers from past seasons. If the competing queen wins the lip sync, she wins a $10,000 tip an the power to eliminate the bottom queen of her choice — but if she loses to the assassin, a bottom queen selected from a secret group vote will be sent home, and the money will roll over, raising the winnings when a top queen does win.

RuPaul previously called this twist “so twisted it’s guaranteed to twist your twisted minds.” And it looks like it’s a twist that will stick around for seasons to come, as RuPaul says, “‘All Star’ rules have been suspended — forever” in the new season trailer, which you can watch above.

The upcoming fifth season of “RuPaul’s Drag Race All Stars” was at-first announced to be airing on Showtime, but it has moved back to VH1 and will premiere on June 5. The season premiere episode will feature a reading mini-challenge and a “Werq the World” runway extravaganza. Leading up to that premiere is a “RuPaul’s Drag Race All Stars” marathon consisting of all episodes from the previous four seasons and beginning Saturday, May 30 at 6 a.m. (through Sunday, May 31st 11 p.m.) on Logo.