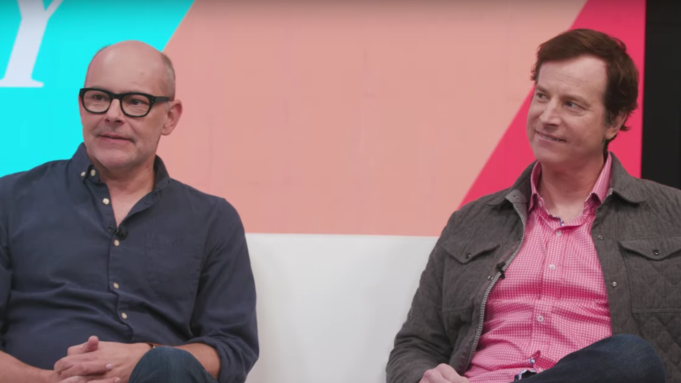 Before the world changed and Americans were asked to stay at home to “flatten the curve” and prevent the spread of the coronavirus pandemic, “Medical Police” co-creator Rob Corddry and star Rob Huebel shared some of their TV picks — both high- and low-brow — for Variety.

For the second episode of Variety’s “My Guilty Pleasure,” Corddry and Huebel sat down with senior editor Michael Schneider to reveal their (1) TV guilty pleasure; (2) the “deep cut” show you probably haven’t heard of but they recommend; and (3) their “show-mate” — in other words, the TV series neither of them could live without. (Scroll down for the full video; check out the first episode, with “Black Monday” star Paul Scheer, here.)

“Medical Police,” now streaming on Netflix, is the successor to beloved medical drama parody “Childrens Hospital.” This time, the show is inadvertently timely: it’s a medical cop spy drama set amid the spread of a potentially world-threatening virus.

Just like “Childrens Hospital,” “Medical Police” is filled with irreverent gags, and parodies the tropes in medical dramas, spy thrillers, action series and more. Back from “Childrens Hospital” but now front-and-center are Dr. Lola Spratt (Erinn Hayes) and Dr. Owen Maestro (Huebel), now traveling the world to investigate the virus outbreak — as both doctors and now as cops.

Huebel will next be seen on the HBO series “I Know This Much Is True,” along with Mark Ruffalo, based on the best-selling Wally Lamb novel. Corddry is currently on CBS’ “The Unicorn” and the new version of “Top Gear America,” which will debut this summer on the MotorTrend app. He’s the host along with Dax Shepard and Jethro Bovingdon.

“The people that are playing the lottery and winning the lottery are not used to having a bunch of money dropped on them, and I would be too,” Huebel said. “I’m not judging people that play the lottery, but part of the fun of watching the show, which I’m not sure they promote, is like, ‘Oh, this is not going to turn out well. This is gonna be a train wreck.’ A lot of the fun is judging either their taste in home furnishings or home design, or the ill-informed financial move.”

“They were basically horror pranks,” Huebel said. “They would set up a whole situation with the intention of just scaring the bejesus out of one kid who had no idea that this whole situation was set up for him. One of my favorite ones, a bunch of kids that were driving to Las Vegas at night… they see this hitchhiker and of course the guy’s really creepy. He gets in the car, they drive him for a little while and he goes, ‘Pull over, I gotta take a leak.’ [But] he’s like, ‘Don’t look at my duffel bag.’ All of a sudden the kid who is not in on it, and this was totally unplanned, jumps in the front seat, thinking he’s saving the life of his friends, and starts wailing on this actor. They’re like, ‘Whoa! Calm down, man. You’re on ‘Scare Tactics’!”

“I have to confess that I love it so much that I haven’t finished it,” Huebel said. “It’s like a good book, I don’t want it to end. The trademark of the show is this very formal language style that all the characters speak in, which makes it very difficult and very dense. The world of ‘Deadwood’ is this filthy, gritty town where everyone was just scraping to survive. So all the benchmarks of a real action-packed Western, but in the style of Shakespeare.”

“I’m obsessed with that show, I could watch it forever,” Corddry said. “That being the only show I watch because there’s so much left to interpretation. Having read anything by David Lynch, it’s all sort of consciousness, dream imagery, daydream stuff that he’s putting in there. It’s really fun to try and figure it out. It was so different from anything on TV anything it ever had been on TV.”