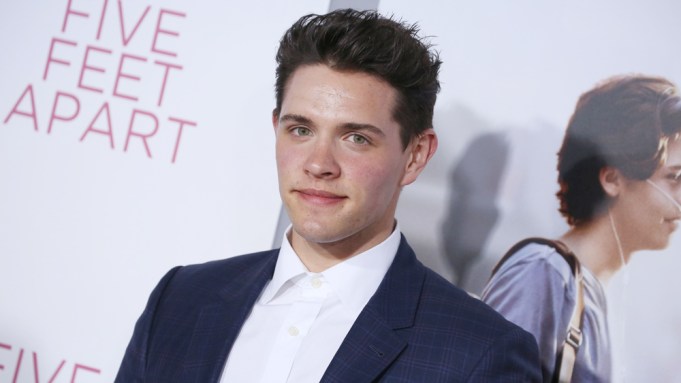 “Riverdale” is nothing if not a wicked little town so quite fittingly, in Season 4, the cast tackled “Hedwig and the Angry Inch” for its musical episode. And once again, Kevin Keller, played by Casey Cott, took center stage, this time in full Hedwig drag, a process Cott called “incredible.”

“It was very humbling to do drag for the first time, and drag is a pop culture sensation right now with so many incredible performers. Obviously, RuPaul is unbelievable,” Cott told Variety on the “Variety After-Show,” although he added that he couldn’t “tie the shoes” of any of the competitors seen on “RuPaul’s Drag Race.”

The CW series’ third musical episode (they have tackled “Carrie” and “Heathers” in the past) certainly did not disappoint. When Kevin tries to do a “Hedwig” number for the school variety show, Principal Honey (Kerr Smith) threatens to cancel the event, declaring it inappropriate. The seniors rally and fight back, performing several bombastic musical numbers and staging a Hedwig-inspired sit-in.

For his Hedwig transformation, Cott said he spent four hours in the make-up chair for camera tests. The stage-trained actor donned a custom-made pair of platform boots, seen in his rollicking rendition of “Tear Me Down,” which also featured a spontaneous kiss between Kevin and Archie (K.J. Apa).

The hair and makeup department also managed to secure the original wig John Cameron Mitchell wore in the 2001 film adaptation of the hit Broadway show for Cott to wear.

“I was kind of nerding out at that. That was pretty sweet,” Cott said. “I was like, ‘There’s a lot of sweat going into this wig right now.’”

“Hedwig” composer Stephen Trask was on hand for the episode, making it a particularly special experience for Cott, already a fan of the rock musical.

Cott has been self-isolating with his family in Philadelphia, with whom he viewed the episode live, something he said rarely gets to do.

“Before watching this episode tonight, I was super excited for it to be during this time because it’s something refreshing and something that totally translates to what’s happening. And then, on top of that, at the end, it’s everyone outside together. The whole town comes together,” Cott said. “I think everyone’s excited for whenever that will be, hopefully sooner rather than later — for everyone to be together somewhere, singing a song or doing something.”

“Riverdale” was one of the first scripted shows to shut down amid the coronavirus pandemic, when a production member was found to have been in contact with someone who had the virus; the show still had two episodes left to finish and would have wrapped up shooting last week.

In the meantime, Cott said he has been keeping in touch with his castmates via FaceTime and text message. And the unexpected break has meant he’s had some freedom to get creative with his off-camera look: he and his brother, fellow actor Corey Cott (“Filthy Rich”), shaved their heads live on Instagram after raising $10,000 for a charity that improves access to clean water. They have since raised over $17,000, with a goal of collecting $20,000.

As of now, Cott said he has not heard when he will be going back to work, although he is confident that they will, eventually, tie up a big season for the denizens of Riverdale High: it’s their last year of high school, after all.

“I’d really like to see just a lot more colors of Kevin. While those attributes he has are super awesome, I’d love to see all the other sides of that,” Cott said of how he would like his character, the first openly gay person in the Archie Comics universe, to evolve. “Once you get out of high school, the world becomes a whole new place for some people. For me, it did.”

Watch Cott’s full interview on the “Variety After-Show” above.