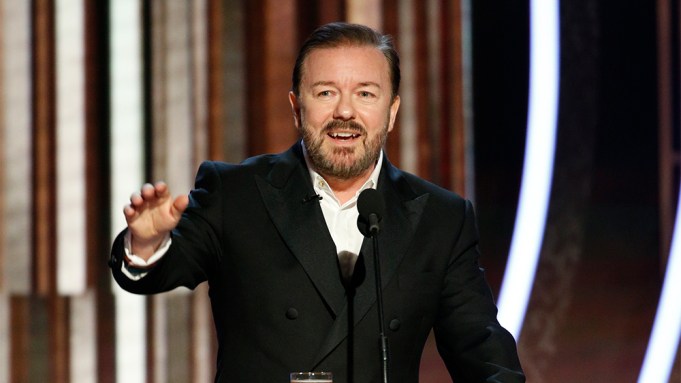 Gervais has never been shy about taking shots at Hollywood during his past appearances at the Golden Globes and this year was no exception. Among those targeted by the caustic comedian were Martin Scorsese, Felicity Huffman, the Hollywood Foreign Press Assn., Leonardo DiCaprio, and superhero movies. It’s the fifth time he’s hosted the annual ceremony.

He also made a passing reference to the recent controversy in which he had tweeted several jokes about trans women. He expressed surprise that he was asked to host the awards show again, saying that “Kevin Hart was fired for some offensive tweets” — before indicating himself and saying, “Hello.”

Read some of the best (and worst) jokes from the monologue below.