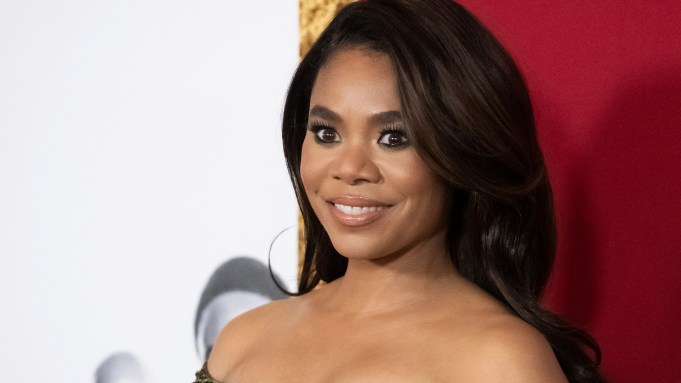 How many perfect strangers are there left at this point?

The show, which was greenlit by Hulu over a year ago now, is based on the book of the same name by “Big Little Lies” author Liane Moriarty. It takes place at a boutique health-and-wellness resort that promises healing and transformation as nine stressed city dwellers try to get on a path to a better way of living. Watching over them during this ten-day retreat is the resort’s director Masha (Kidman), a woman on a mission to reinvigorate their tired minds and bodies. However, these nine “perfect” strangers have no idea what is about to hit them.

Little is being revealed about Hall’s character, other than the fact her name is Carmel, and she is one of the nine “perfect” strangers.

Hall currently stars in Showtime’s “Black Monday” opposite Don Cheadle. Her other TV credits include a multi-episode arc on HBO’s “Insecure” and the Fox sitcom “Grandfathered.” On the film side, her recent credits include “Shaft,” “The Hate U Give,” “Support the Girls,” and the breakout comedy hit “Girls Trip.”

Deadline was first to report the casting news.