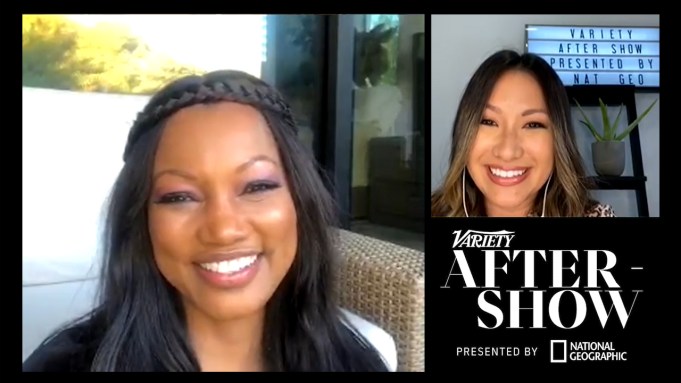 Much of Season 10 of “The Real Housewives of Beverly Hills” has centered on tension between Denise Richards and the other cast members, regarding Richards not being authentic about her private life on the show and a rumored relationship between her and former cast member Brandi Glanville. Garcelle Beauvais says it was especially explosive when the women went on a group trip to Rome.

“When we went to Rome, it’s just like all bets were off. Everybody was coming after her. She was crying at every dinner, and it was a lot,” Beauvais, the first Black housewife to join the Beverly Hills cast, reveals on the Variety “After-Show.”

She adds that when it came to taking Denise’s or Brandi’s side, her castmates overwhelmingly sided with the latter. “Which I thought was really interesting because it’s like, your friend is Denise. At least wait ‘til you know what’s really happening before you took sides, but they took sides right out of the gate.”

Beauvais has brought her truth-telling candidness to her freshman season. On Wednesday’s episode, she revealed her fraught relationship with her father, who was largely absent from her life, something she says has influenced her own parenting.

“I think that’s why it’s so important that my kids have their dads in their lives, first with my older son Oliver and my twins [Jax and Jaid],” says the “Going to Bed with Garcelle” podcast host. “I mean, there was no equation where they weren’t going to have their dad in their life.”

Like many Black mothers, Garcelle Beauvais has had lengthy talks with each of her three sons about how to interact with police. A few months ago, she says she unexpectedly had to model that when she was pulled over for making an illegal right turn. Her son Jax, 12, was in the car with her.

“I’m so grateful that he was in the backseat because he got to see my interaction. He got to see that my hands were at the wheel. He actually heard me say, ‘I’m reaching for my wallet,’” Beauvais recalls.

While she says she is heartened that people around her are paying more attention than ever to racism and the consequences of police brutality, the 53-year-old is still unnerved by experiences like the one she had.

“The fact that I have to say, ‘I’m reaching for my wallet now’ — if I was with [a white girlfriend] and she was driving, she wouldn’t think to do that,” she says.

The longtime actor and model will next be seen in “Coming 2 America,” the sequel to the 1988 comedy in which she had a breakout role, alongside Eddie Murphy and Arsenio Hall. But even with decades of experience in the industry, she says it’s only lately that she has gained the confidence to ask for pay equal to that of her white counterparts.

“It’s all about being treated equally. I want to be promoted the same way. I want to be compensated the same way… I’ve been in Hollywood over 20 something years, which is a feat in itself to continue working and I’m so grateful. But I do feel that so many times, my white counterparts get paid 1000% more than I do. I know it for sure, and that really sucks. We’re not valued as we should be. I just feel like it’s been happening for a long time, and now I’m not putting up with it. You don’t see my value you don’t get to have me in your project. Simple as that,” she says.

So, does this mean she earns at least what fellow first-time Housewife Sutton Stracke does? Beauvais laughs heartily at the question.

Watch the full interview with Garcelle Beauvais on the Variety “After-Show” above.