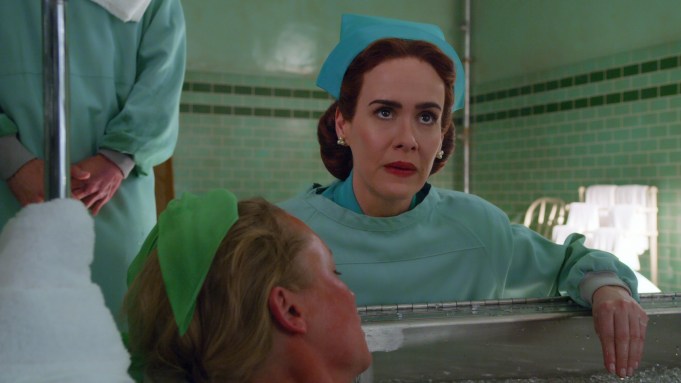 Netflix has released a trailer for “Ratched,” its upcoming Nurse Mildred Ratched origin story starring Sarah Paulson, which is set to premiere Sept. 18 on the streaming service.

The three-minute trailer introduces Mildred (Paulson), who moves to Northern California for a job at a leading psychiatric hospital. She presents herself as a perfect delicate nurse, but the ominous cinematography and music highlight the underlying suspense.

“You have been subjected to enough pain, but you deserve someone to show you mercy,” she says to a patient in the trailer. “How different I would be if someone had.”

Over two seasons and 18 episodes, the series will follow Mildred as she morphs from an average nurse into the monstrous figure she becomes in the Ken Kesey novel “One Flew Over the Cuckoo’s Nest” and subsequent film. The infamous nurse conducts unsettling experiments at the facility, revealing that true monsters are made, not born.

“Ratched” is created by Evan Romansky and executive produced by Ian Brennan and Ryan Murphy, the producers behind hit shows including “Glee,” “The Politician” and “Hollywood.”

Along with Romansky, Brennan and Murphy, Michael Douglas, who produced the film, will serve as an executive producer. Aleen Keshishian, Margaret Riley and Jacob Epstein of Lighthouse Management & Media will also executive produce, and Evan Romansky, who created and wrote the project, will co-executive produce. Paulson will produce along with Paul Zaentz from the Saul Zaentz Company.