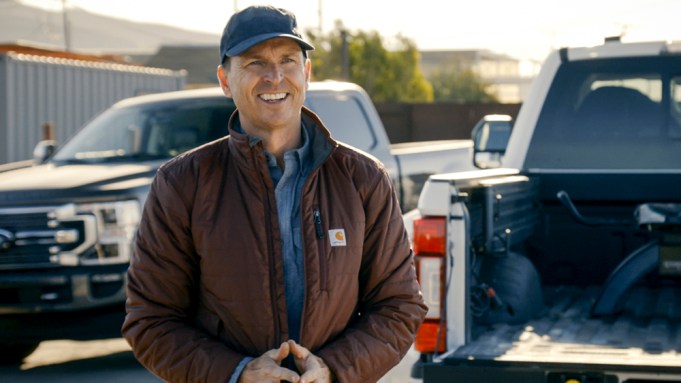 “The Amazing Race” was perhaps the first major U.S. production to halt due to the COVID-19 pandemic, when filming on the show’s Season 33 was paused at the end of February. Host Phil Keoghan said the decision to stop the show midstream, which had never happened before, was disheartening at the time — but it quickly became clear they made the right decision.

“My heart went out to the cast, who had taken time off work, who had sacrificed a lot to come onto the show,” Keoghan said during a Variety After Show for his new CBS series, “Tough as Nails.” At first, some involved with the production felt that it was an overreaction, but “we got everybody home safely to their families, which we told them was our number one priority. It’s the one thing we lose sleep over, making sure that we can get these amazing people around the world safely.”

Added Keoghan: “It didn’t take long for us to realize that we hadn’t overreacted, that we had done the right thing. Our goal is obviously to get back out and to finish Season 33. But I am a little disheartened by what I’m seeing with the number of cases.”

CBS still has a season of “The Amazing Race,” shot in 2018, that will finally air this fall. But after that, it may still be a while before shooting can resume on the next edition. “It is going to take a sense of everybody seeing the idea that we are in this together,” Keoghan says of tackling the pandemic. “We could learn a lot from the World War II generation as far as sacrifice for others, sacrifice for the country.”

For Keoghan, who seems to always be busy, the stay-at-home orders and lockdown has made him a bit antsy. “This is the longest that I’ve ever been in one spot in my entire 35-year career,” he said.

Keoghan’s native New Zealand has managed to eradicate the coronavirus: “They made some pretty tough decisions about the lockdown,” he said. “My parents, they’re elderly, they weren’t allowed out of the house. I think anybody who was over 70 was literally not allowed out in public. So they asked them to be at home and [for] a lot of sacrifice.”

Speaking of Keoghan’s parents, he credits them as one of the inspirations for “Tough as Nails,” which he and his wife, Louise, launched as executive producers earlier this month on CBS. The show follows a group of blue-collar workers who compete in various challenges, both as teams and as individuals.

“My mother is probably the toughest person I know,” Keoghan said. “My dad’s a big burly ex-rugby player, very strong. For his 78th birthday, he did 430 push ups. But if you want to talk about somebody who will never give in, who will literally work themselves until they fall over… that’s my mother. What we wanted to do with ‘Tough as Nails’ was to say, yes, if you play in the NFL and you you fight in the MMA, you’re tough. It’s understood… But what I wanted to explore was the whole scope of what ‘Tough as Nails’ means: strength, endurance, agility, life skills and mental toughness.”

The timing is pure coincidence, but “Tough as Nails” premieres right as there’s a renewed focus on the people who are deemed “essential workers.” “The response has been really good and it’s very heartfelt,” Keoghan said. “There’s something that unites all of us and what are those things? We care about our families. We care about each other. Deep down, I really believe that regardless of who we vote for, we do care. And we just have to try to get back to the things that unite us.”

On “Tough as Nails,” the contestants include 34-year-old welder Linnett Key, 33-year-old drywaller Danny Moody, 27-year-old farmer Melissa Burns, 61-year-old roofer Lee Marshall, 47-year-old Marines vet Kelly “Murph” Murphy, 62-year-old gate agent Michelle Kiddy and 36-year-old firefighter Young An. The full group of 12 contestants compete as teams of six, and also as individuals fighting for a $200,000 prize. Even after they’re eliminated from the main competition, they still compete as part of a team for a chance to win more money.

“I’ve always been frustrated with the idea that you spent all these months looking for these incredible people,” Keoghan said, “and then they get knocked out episode after episode and you lose all that work that you’ve done to find these people.”

“Tough as Nails” is off to a solid start for CBS, winning its timeslot (including in adults 18-49, among broadcast shows). The show hasn’t yet been renewed for a second season, but Keoghan said he’s started casting for one.

“What’s interesting is there’s been a tremendous amount of interest from overseas, other countries wanting the format,” he said. “They love that it’s heartfelt. They love the backstories. They love that ultimately it’s about the people who do things.”