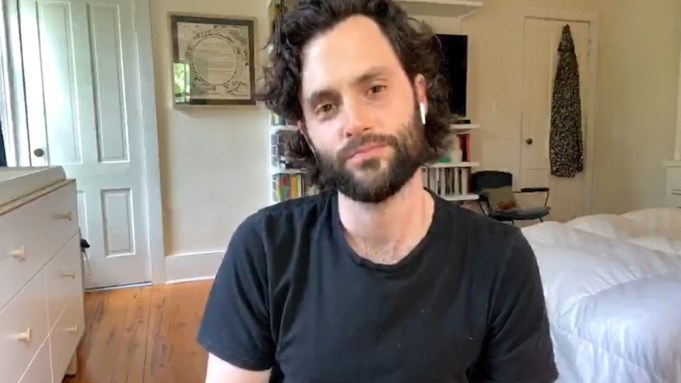 The evidence supporting the fact that Penn Badgley was indeed behind the “Gossip Girl” account is shaky at best. From fans to cast members, nobody was totally sold on the idea that his character Dan Humphrey ghostwrote the often-damning text messages and blog posts on the CW soap opera, which premiered in 2007. In a video chat for Variety‘s Actors on Actors issue, Badgley and Chace Crawford revealed new information that weakens the case.

OK, so this isn’t really about Humphrey, it’s about Badgley’s own technology habits. But fans of “Gossip Girl” will find it fascinating nonetheless.

The iPhone was released in June 2007. At the “Gossip Girl” Halloween party four months later, Badgley was in possession of the smart phone. He was the first cast member to have one, according to Crawford. Gossip Girl would surely have all the latest gadgets as soon as they hit the market, right?

Badgley was quick to shoot down that theory. “I didn’t even want it,” Badgley said. “Blake [Lively]” — who he was dating at the time — “got me that. I was like, ‘I don’t want this thing. It’s so cumbersome and it has all these apps.'”

Badgley was not only averse to the iPhone, but also social media at large. He recalled meeting a publicist during Season 1 who explained Twitter to him. “I was like ‘What is this nonsense? I don’t want to have a Twitter account and tweet… What is this bird thing?’ Explaining it to me was such a foreign concept.”

Ironic for the man who was allegedly the mastermind behind the comings and goings of all Upper East Siders, but he does give credit to the show for being ahead of its time. “It was a futuristic concept,” Badgley said. “It was trying to get at social media before social media.”

Badgley and Crawford reunited for Variety’s annual Actors on Actors issue, which celebrates the best TV performances of the year. Badgley stars as the serial killer Joe in Netflix’s “You,” now in its second season, while Crawford joined the streaming TV world as a superhero on Amazon’s “The Boys.”

For more from Variety‘s conversation with Badgley and Crawford, read our full story here.