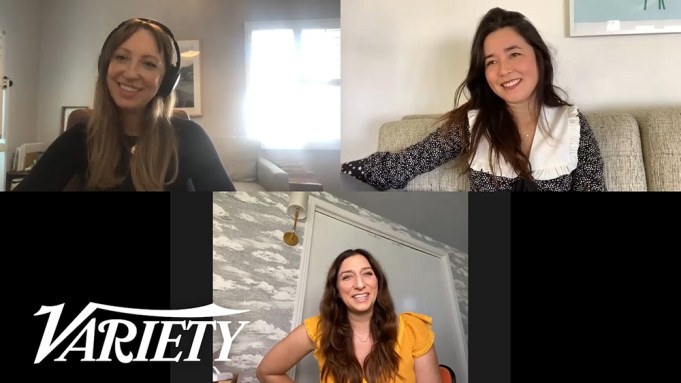 “It was always a good day if you realized there was something you had buried so deep that you never told anybody,” she said during a panel for the Variety Power of Women: Conversations event, presented by Lifetime. “I feel like day one of the writers room, [with] a bunch of people we don’t know, we were like ‘basically the goal is to share your deepest secrets.'”

Konkle was joined by fellow “Pen15” creator Maya Erskine and moderator Chelsea Peretti to discuss the second season of the show, which Konkle and Erskine also write for and star in. The panelists also covered the show’s absurdist nature and shared personal stories from their lives that carried over into the plot.

The Hulu comedy series follows Konkle and Erskine, both age 33, as they relive the age of 13 and attempt to capture what middle school felt like. Since the actors are two decades older than their characters, even the most innocuous moments can be a little surreal.

To make the show work, Erskine and Konkle worked with the other writers to bare their most genuine, and sometimes compromising, memories through plot points. The show’s success lies in that honesty, Erskine said, as viewers have reached out to express that her and Konkle’s personal experiences are pretty universal.

Aspects of Japanese culture that influenced Erskine’s childhood were woven into the “Pen15” narrative, and audiences have voiced appreciation that these stories are now represented in shows. Even the importance of a shared bath with Erskine’s character and her mother came from real experiences.

“I went crazy at that age and took out all my anger on [my mom], and she likewise,” she said. “We had a pretty stressful relationship around that time, but for some reason in the bath, that’s where we were calm. That’s where I would share everything with her … and we would talk like adults.”