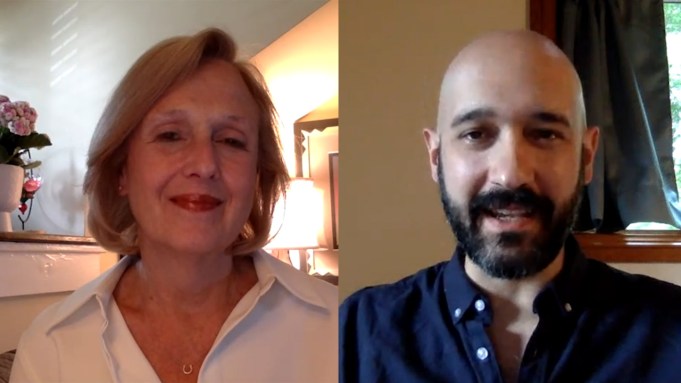 Paul Kerger entered 2020 planning to spend much of it celebrating PBS’ 50th anniversary. But plans change.

“It certainly is not the way we thought we would be celebrating our 50th anniversary,” the PBS CEO said during a Q&A Wednesday for Variety’s Virtual TV Fest. “When we started looking at this year, we were going to really do a lot of looking back and a lot of looking forward. And in many ways I feel that everything that we’ve done over the last 50 years has prepared us for this moment.”

Kerger spoke at length about how the same forces that have dramatically impacted nearly every corner of American life — the coronavirus outbreak, the protests that followed the killing of George Floyd by police — affected PBS and how the public broadcaster responded. She emphasized the role of media as a “connector” in a time of isolation and as a trusted source for news, information and educational content.

She also highlighted how PBS moved quickly after schools began to close to develop resources for parents forced into roles as home educators.

“We were originally known as educational television,” Kerger said of PBS. “And so in that role, our goal is to deliver content that’s not only of interest to an adult audience, but with a particular focus on service to young children and families.”

As schools and workplaces were beginning to shut down in March, Kerger was contacted by Austin Beutner, superintendent of the Los Angeles Unified School District. Together with local-station organization PBS SoCal, they developed a schedule aimed at promoting distance learning for children — one that would go on to serve as a template for other PBS local stations as they implemented similar efforts.

Kerger also turned to one of PBS’ most well known partners and creators, documentarian Ken Burns. After Major League Baseball’s season was shut down, Burns contacted Kerger to see if PBS would be interested in rebroadcasting his series “Baseball.” But with educational efforts on Kerger’s mind, conversation soon turned to another landmark Burns film, “The Civil War” — as well as to other Burns documentaries covering subjects such as the Roosevelts and World War II. That conversation led to a reconfiguring of PBS’ Thursday-night schedule with programming focused on history.

“All of the discussions that have come after George Floyd’s death, as well as everything that we’ve done going back to the beginning of the COVID situation, we’ve just been trying to really mix new content that we’re producing as well as content in the archives,” Kerger said.

One such effort is with the multi-platform documentary series “American Portrait,” which features content sourced from local public television stations and viewers. A previous episode tackled the impact the coronavirus pandemic, while another is set to focus on Floyd’s death and the reemergence of the Black Lives Matter movement.

“When we were looking at how to mark our 50th anniversary here, one of the projects that we focused on is a project, which is actually our first, truly big digital-first project,” Kerger said. She added, “‘American Portrait’ was envisioned as digital-first with a significant broadcast component. And the idea of it when it was initially conceived was to create both a digital map where people could record either video or through still images or through words the answer to a couple of prompts that really get at the heart of who are, and to share a piece of their lives that would exist in this digital form, but then would be reimagined into a series of primetime broadcast specials.”

In setting out to tackle this historic moment through its programming, Kerger indicated that she understands the power that PBS wields as one of America’s most trusted institutions.

“I think it’s the most important of all the assets of public television if one could call it an asset — the trust the American public places in us has been paramount, and it really is also completely intertwined with how we’re funded,” Kerger said. “People contribute to their public television stations locally because they trust them. They trust them that they’re going to provide accurate information, that they’re going to play an important role in the life of their community. And so for us, it has been very much at the heart of what we’ve stayed rooted all these years … Trust is something that is very carefully earned over time and can be lost in a moment if one isn’t vigilant.”