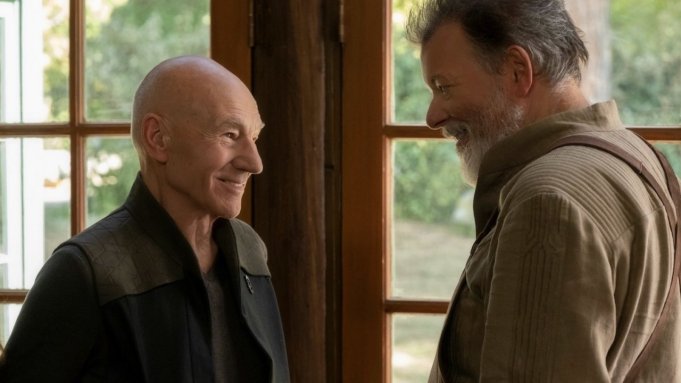 Actor Patrick Stewart announced on Tuesday that, starting immediately, CBS All Access is offering a month free subscription to anyone in the U.S. through April 23.

The announcement comes just as tens of millions of Americans are finding themselves sequestered at home during the COVID-19 pandemic — and just as Stewart’s CBS All Access series “Star Trek: Picard” reaches its season finale, which drops this Thursday.

Stewart posted a link to redeem the free month to Twitter and Instagram — all users have to do is use the code “GIFT” when signing up.

Our #StarTrekPicard season finale is Thursday, and starting today until 4/23, you can watch for free on @CBSAllAccess in the US with the code: GIFT. https://t.co/i2IfFQN3I8

It's felt good to bring Picard back. I can't wait to reunite with our cast and crew for Season 2. pic.twitter.com/lSmtMxgrN8

The 10-episode first season of “Picard” opened with the beloved “Trek” captain retired and unhappy on his family vineyard in France, until he gets roped into a new mission that includes Romulans, the Borg, and a vast conspiracy involving the android offspring of Picard’s (departed) colleague Lt. Commander Data (Brent Spiner). The show features a mostly new cast, including Alison Pill (“Devs”) and Isa Briones (“The Assassination of Gianni Versace: American Crime Story”), although “Trek” alum like Spiner, Jonathan Frakes, Marina Sirtis, and Jeri Ryan all appeared in Season 1.

Although CBS All Access has not divulged specific audience data for “Picard,” the show is the most watched original series on CBS All Access to date.

In an investor call in February — before the coronavirus pandemic had all but ground the economy to a standstill — ViacomCBS CEO Bob Bakish told investors that he anticipated CBS All Access and Showtime would reach a combined 16 million subscribers by the end of 2020. At the end of 2019, Bakish reported that all of ViacomCBS’ subscription streaming services had earned 11 million subscribers, a gain of 50% over the previous year.