‘Ozark’ Season 3 Opens to Even Bigger Ratings Than ‘Tiger King’ Premiere, According to Nielsen 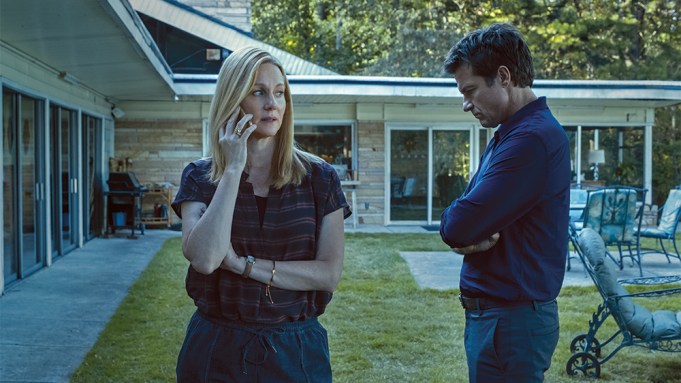 Move over “Tiger King,” the world of Netflix’s drama “Ozark” opened to even bigger audiences on its premiere day last month.

Of course, that makes a bit of sense: “Ozark” is a returning series with a built-in fan base, while “Tiger King” opened as a mostly unknown docuseries that then exploded into a pop cultural phenomenon.

Both shows did have something in common, however: They launched in the starting days of at-home measures that left audiences looking for new entertainment while sitting at home.

“While surprise new hits like ‘Tiger King’ have dominated news coverage and the cultural zeitgeist as of recent, streaming platforms are releasing new seasons of established content to great success as well,” Nielsen said in its release of “Ozark” data.

And indeed, Netflix audiences were anxious to return to “Ozark,” which nearly tripled in viewership on the first day of its Season 3 premiere vs. its Season 2 premiere on August 31, 2018 (314,000).

In comparison, Season 2 of “Ozark,” which became available on Aug. 31, 2018, attracted an average minute audience of 5 million U.S. TV viewers, and a reach of 11 million unique viewers, in its first ten days of availability.

“Ozark” continued to do well in the first several days of its Season 3 release. On day 2, it brought in an average minute audience of 1.6 million viewers, while day 3 was at 1.3 million average audience.

“Ozark” was the No. 3 most social program from during that ten-day time frame among all digital series. And compared to “Ozark” Season 2’s first ten days of availability (Aug. 31 to Sept. 9, 2018), Season 3 had a 1002.10% increase in Twitter organic fan interactions.

As always, a caveat: Critics have argued that Nielsen’s SVOD ratings are still underrepresented because it only covers the U.S. and doesn’t include viewing on mobile devices or PCs. But insiders have said that Nielsen numbers are pretty close to internal data — and Nielsen has been working on its streaming ratings methodology for some time for its SVOD Content Ratings.

Even Netflix, which once outright pooh-poohed the Nielsen data, has come around, somewhat: Last year, CEO Reed Hastings admitted that the Nielsen numbers would be useful to measure time being spent on the service “in the streaming war.”

Netflix announced yesterday that it had added 15.8 million new subscribers globally in the first quarter of 2020, more than doubling its forecast for the quarter.