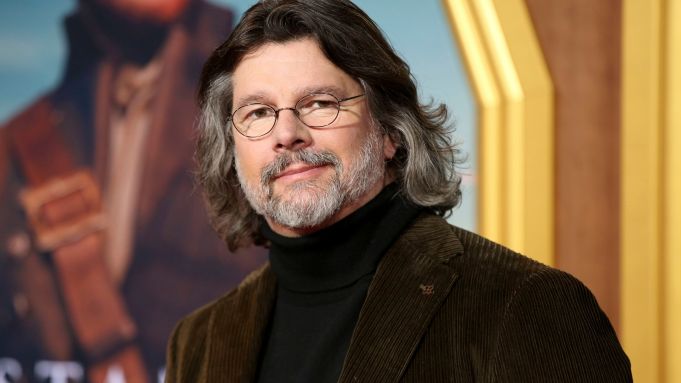 As “Outlander” pauses before submitting its characters to a new wave of 18th century horrors, the creators are also looking to the future. Starz just announced three “Power” spinoffs — would exec producer Ronald D. Moore ever consider the same for “Outlander?”

“We are definitely talking about it, there’s nothing official but we’re in conversations about it,” the showrunner told Variety Thursday night at the show’s Season 5 premiere.

Starz CEO Jeffrey Hirsch had confirmed in January at the Television Critics Association’s winter press tour that the premium network was “working with our partners at Sony” on possible spinoffs. But there was no word at the time about whether Moore — who developed “Outlander,” based on the novels by Diana Gabaldon — would be involved.

When asked if he could describe the fifth season of “Outlander” in three words, Moore needed a second. “I want to say Jamie, Claire and Adso” he joked referencing the latest feline addition to the cast.

But in a more serious turn Moore offered up, “Revolution, heartbreak and tragedy.”

Clearly the “Outlander” tradition of balancing every candlelit love scene with an emotional gut punch will continue, so don’t get too attached to that cat.

Warning mild spoilers for the first episode of season five below.

As the characters get closer and closer to the start of the Revolutionary War, the new season will spend less screen time on the road, focusing on the future of the community growing in Fraser’s Ridge. “It’s forcing the characters to make a stand in terms of that conflict,” Moore explained. “And also their personal relationships, what they’re going to stand for and what they won’t. When has something gone too far, is one of the big questions of the season.”

The first episode, which debuted early for fans last night at the season five premiere in Los Angeles, features not one but two weddings. The first being the official unification of Brianna [Sophie Skelton] and Roger [Richard Rankin] but also a flashback to the first matrimony scene between the twosome that started it all.

Establishing the difference between those to ceremonies was very important to Moore. “We didn’t want to go near replicating what Claire [Caitriona Balfe] and Jamie’s [Sam Heughan] wedding was,” Moore  said. “We just wanted to  feel something different, you’ll see tonight that it leads to this really nice interlude and this musical section where there’s a song that takes you through all the different couples that are in love. We felt like this was an opportunity to just, before all the nightmares happen and before all the usual ‘Outlander’ drama takes place, let’s just have a moment where we just celebrate the idea of love. And just show all the different character’s in love. I think that’s one of the highlights of episodes tonight’s episode.”

In other Moore news, his famed Syfy series “Battlestar Galactica” is currently being rebooted for NBC Universals’s streaming service Peacock by “Mr. Robot” creator Sam Esmail. How did Moore feel about this expansion to the universe he crafted? Pretty good!

“Sam called me and was very gracious, he didn’t pitch me the story so I don’t know,” he said. “But he said his plans and he wasn’t going to re-start the show and recast it but he wanted to do something in the same universe. Sam’s amazing and I love ‘Mr. Robot.’ I was like, you know, ‘You’re an amazing guy and amazing writer, go with god!’”