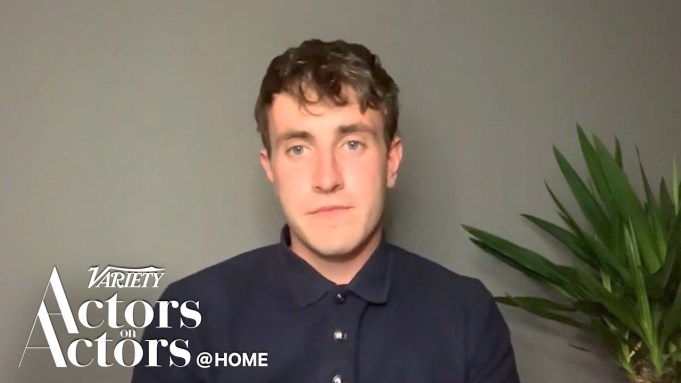 In an interview with Variety’s Actors on Actors issue, Paul Mescal spoke with Nicholas Hoult––who stars in Hulu’s “The Great–– about filming the emotional therapy scene in the tenth episode of “Normal People.”

In the Irish drama, adapted from Sally Rooney’s novel of the same name, Mescal’s character Connell struggles with mental health issues and attends therapy sessions to cope with his depression. One of the most talked about scenes in the show is when Connell goes to therapy following the death of his friend.

Mescal shared the moment he read the scene with the cast for the first time and broke down in tears, but felt as though he needed to do it again.

“Because there was a big emotional reaction in the room at the time, I remember I felt this kind of internal pressure to redeliver [the scene], and I am aware that is a really dangerous place to be as an actor,” said Mescal

When it came down to shooting the actual part, Mascal recalls feeling “disconnected” to the moment as the camera began to move up for the closeup shot.

“The wide-shot I absolutely broke down,” said Mascal, “and I was like ‘okay great, we have one take in the wide where everything felt like it connected. And as the camera started pushing in, I was like ‘nothing is happening, I feel really disconnected, I feel nothing.”

After shooting a few other scenes and taking a few breaks, four to five hours later, Mescal successfully filmed the heartbreaking scene again.

“It was the most relief I felt of my entire life,” Mescal recalled, “because I feel that scene is hugely important, not only to Connell, but it’s representing a theme that I am deeply interested in as a person. I think men generally don’t talk about mental health as much as they should.”