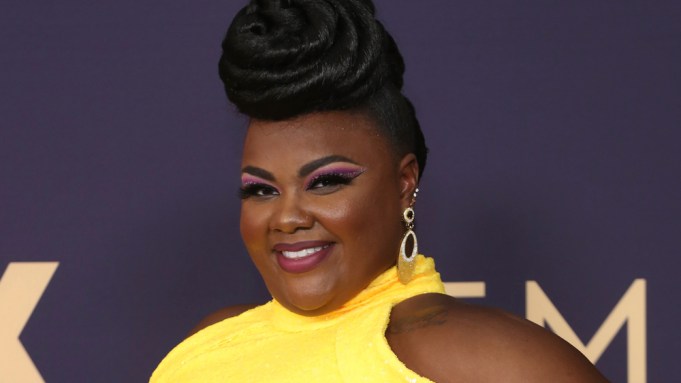 “Nailed It” host and Emmy nominee Nicole Byer has been tapped to host the five-night presentation of the 2020 Creative Arts Emmy Awards, the Television Academy announced Thursday.

The Creative Arts Emmy Awards will begin on Monday, Sept. 14, streaming for the first four consecutive nights on emmys.com. The final evening, Saturday, Sept. 19 will be a two-hour ceremony broadcast on FXX at 8 p.m. ET / 5 p.m. PT. Byer will host all five nights, including the special broadcast.

Byer is an actor, comedian, writer, author and podcaster known for appearances on MTV’s “Girl Code,” as well as the podcasts “Why Won’t You Date Me?” and “Best Friends,” in addition to “Nailed it.” She recently released her first book, “#VERYFAT #VERYBRAVE: The Fat Girl’s Guide to Being #Brave and Not a Dejected, Melancholy, Down-in-the-Dumps Weeping Fat Girl in a Bikini.” In receiving her first-ever Emmy nomination for hosting “Nailed It” in July, she made history as the first Black woman to receive a nomination in that category.

The Creative Arts ceremony will hand out statues in categories ranging from casting to choreography, cinematography, hair and makeup, editing, original music and lyrics, visual effects and more. The winners’ names are known only by Ernst & Young LLP until they are revealed to the director of the Emmy ceremony as the show is airing. All five shows will be produced by Bob Bain Productions.