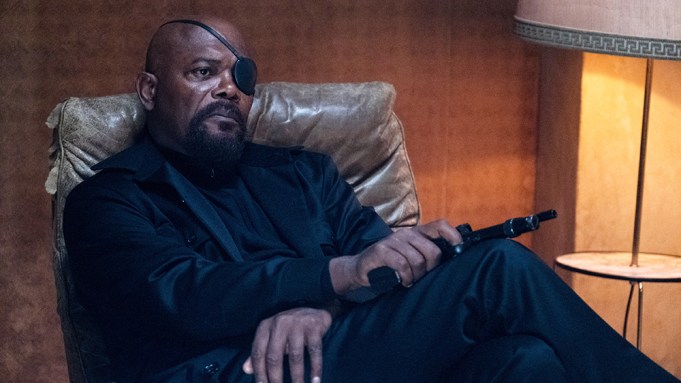 Samuel L. Jackson is set to reprise the role of Nick Fury in a new Marvel series currently in development at Disney Plus, Variety has learned exclusively from sources.

The exact plot details of the show are being kept under wraps, but multiple sources say Jackson is attached to star with Kyle Bradstreet attached to write and executive produce. Like all the other Marvel shows at Disney Plus, Marvel Studios will produce.

Reps for Jackson, Bradstreet, and Disney did not immediately respond to Variety‘s request for comment.

Jackson famously portrayed Fury, the monocular head of the clandestine government agency S.H.I.E.L.D, in the Marvel Cinematic Universe going back to the post-credits scene in the first “Iron Man” film in 2008. He has appeared in multiple films within the MCU since, most recently portraying Fury in “Spider-Man: Far from Home,” “Avengers: Endgame,” and “Captain Marvel.” He also played the character in two episodes of the ABC series “Agents of S.H.I.E.L.D.” SPOILER ALERT: The last time fans saw Fury was in the post-credits scene of “Far From Home,” where he was onboard a Skrull ship somewhere in deep space.

Jackson is one of the most iconic actors of modern times. He is known for his frequent collaborations with Quentin Tarantino, most notably Jackson’s Oscar nominated performance in “Pulp Fiction.” The two went on to work together on films such as “Jackie Brown,” “The Hateful Eight,” and “Django Unchained.” He has also worked with Spike Lee on multiple films, including “Do the Right Thing,” “School Daze,” “Mo’ Better Blues,” “Jungle Fever,” and “Chi-Raq.”

Jackson is also known for his roles in films like the “Star Wars” prequel trilogy, “Snakes on a Plane,” “Unbreakable” and the recent followup “Glass,” and “Coach Carter.” The Nick Fury series would mark the first regular television role of his career.

He is repped by ICM, Anonymous Content, and Jackoway Austen Tyerman.

Bradstreet most recently worked as a writer and executive producer on the Emmy-winning USA Network series “Mr. Robot.” His other credits include “Borgia,” “Berlin Station,” and “Copper.”

Should the project go to series — which seems highly likely — it would be the latest big budget Marvel show to get the greenlight at Disney Plus from Kevin Feige’s Marvel Studios. “WandaVision” is supposed to drop later this year, with “The Falcon and Winter Soldier” and “Loki” on deck for 2021. It was also recently reported that Tatiana Maslany is attached to star in the “She-Hulk” series in the works at the streamer. Other Marvel shows in the works include “Hawkeye,” “Moon Knight,” and “Ms. Marvel.”