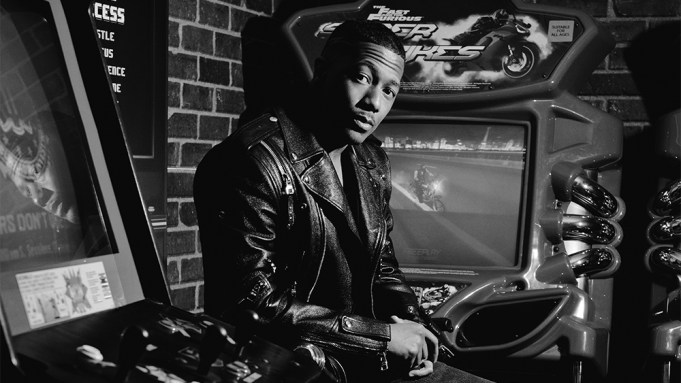 Last month, during a panel about reality television for Variety‘s Virtual TV Festival, Nick Cannon decried the “cancel culture” that has seemingly now come for him. In response to a question about whether the firings of “Vanderpump Rules” cast members over their past racist actions was something that reality producers now see as a cautionary tale, Cannon said he has often “had to come to the rescue of quite a few” of his “Wild ‘N Out” cast.

But on Tuesday night, Cannon faced a reckoning of his own, when ViacomCBS — with whom he’s had a professional relationship since he was a teenager on “All That” in the late ’90s — severed its ties with him. The company did so after anti-Semitic comments and conspiracy theories he’d made on the June 30 episode of his podcast “Cannon’s Class” went viral. Cannon’s guest on the podcast was Professor Griff, late of Public Enemy, who was fired from the group in 1989 after saying “Jews are responsible for the majority of the wickedness in the world.”

During the conversation on “Cannon’s Class,” Cannon said, “It’s never hate speech, you can’t be anti-Semitic when we are the Semitic people. When we are the same people who they want to be. That’s our birthright. We are the true Hebrews.” He also praised Louis Farrakhan, and talked about the Rothschild family, who are an anti-Semitic trope.

Cannon has expressed contestable views before without consequences, such as in 2016 when said that Planned Parenthood practiced “modern-day eugenics.”  Soraya Nadia McDonald of The Undefeated made mention of Cannon’s Planned Parenthood comments in a thread on Twitter Tuesday.

In a conversation with Variety that ran on June 25, Cannon said he objects to the current watershed in media that is causing some people to lose their jobs over things they’ve said or done. He said he favors “counsel culture” over “cancel culture.”

“In media in general, I’m usually the devil’s advocate or angel’s advocate, as they say, in part of this cancel culture where I feel like I’m not a fan of by any means,” Cannon said. “I think we should shift the idea from ‘cancel culture’ to ‘counsel culture,’ because we all have a past. Clearly, we’re living in a very systemic infrastructure where everyone’s guilty.”

“So in that, let’s figure out how to fix that one individual at a time,” he continued. “And use these times when people may say something incorrectly, or out of ignorance, and educate them. Whether it’s my fellow castmates that I have to come to the defense of, or someone that I don’t know at all may have made an insensitive tweet 10 years ago, I’m going to step up and I’m going to speak truth to it.”

Cannon went on to speak about his higher education studies, which have included pursuing a master’s degree in psychology and a Ph.D in divinity and theology at Howard University. “Clearly throughout history, we’ve all made mistakes, but that’s the beauty of it is that we can learn from previous mistakes and grow to a better humanity. So I will be the defender of the cast or anybody,” he said.

Perhaps in line with that philosophy, on Facebook, Cannon has demanded an apology from ViacomCBS, as well as the rights to “Wild ‘N Out.” As he ripped ViacomCBS, he also offered an apology to Jews, writing, “I must apologize to my Jewish Brothers and Sisters for putting them in such a painful position, which was never my intention.” He also offered a conditional apology “if I have furthered the hate speech.”

Cannon has received some support, with Diddy tweeting, “Come home to @REVOLTTV truly BLACK OWNED!!! We got your back and love you and what you have done for the culture. We are for our people first!!! For us! By US! Let’s go!!!”

Cannon is also an executive producer and the host of “The Masked Singer” on Fox. On Wednesday evening, Fox announced that it would stand by Cannon because he is “clear and remorseful that his words were wrong and lacked both understanding and context, and inadvertently promoted hate.”

For Cannon’s part in “The Masked Singer” announcement, he profusely apologized, saying that his assertions in the podcast “reinforced the worst stereotypes of a proud and magnificent people and I feel ashamed of the uninformed and naïve place that these words came from.”

Note: This story has been updated with Fox’s and Cannon’s statements.