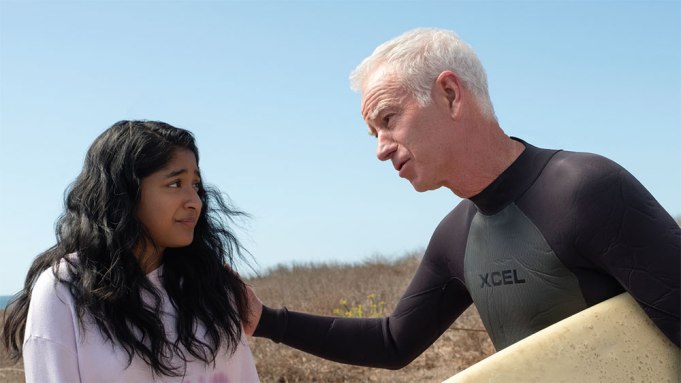 Looks like one of Netflix’s biggest hits of 2020 is heading back to set.

The Mindy Kaling comedy “Never Have I Ever” has managed to avoid joining the growing list of shows being shelved due to COVID-19, and is firing up production on season 2 within the next few weeks, Variety has learned exclusively from sources. Currently, Netflix and producer Universal Television are aiming for a Nov. 10 start date, meaning that fans could be seeing what Devi (Maitreyi Ramakrishnan) and company are up to next sometime near the middle of 2021 (coronavirus catastrophes permitting).

“Never Have I Ever” will be taking all the usual COVID-19 precautions, and sources stress that precise start date isn’t set in stone given the unpredictability of production during the pandemic. News of the show’s return to set comes around four months after Netflix picked it up for a second season, which is no mean feat given the spate of one-and-done shows at the streamer.

Ramakrishnan will of course be back for season 2 as Devi, alongside Poorna Jagannathan (as Devi’s mother Dr. Nalini Vishwakumar), Richa Moorjani (as her cousin Kamala), Jaren Lewison (playing her high school nemesis Ben Gross), Darren Barnet (as her crush Paxton Hall-Yoshida) and Lee Rodriguez and Ramona Young (who play Devi’s best friends).

The series centers around Devi, a modern-day first-generation Indian American teenage girl. Ramakrishnan’s character is an overachieving high school sophomore who has a short fuse that gets her into difficult situations. In addition to the relatable high school drama about fitting in, searching for love and trying to figure out who you are, Devi is also dealing with the sudden death of her father.

John McEnroe serves as the show’s narrator (in part because he was the idol of Devi’s late father), with Andy Samberg chipping in to narrate the inner thoughts of the appropriately named Ben Gross.

Kaling co-created the series with Lang Fisher, who serves as writer, executive producer, and showrunner. The show is also executive produced by 3 Arts Entertainment’s Howard Klein and David Miner.