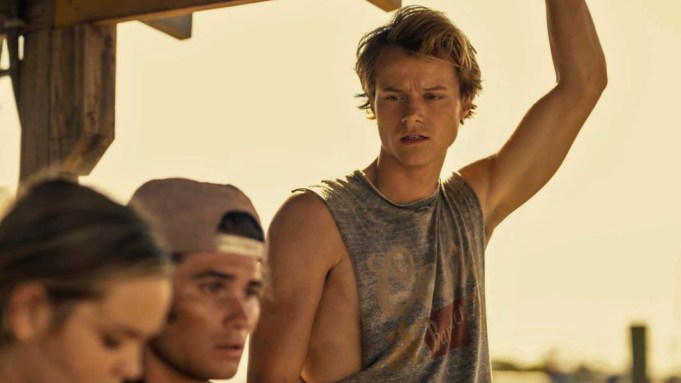 Created by Jonas Pate, Josh Pate, and Shannon Burke, the show stars Chase Stokes, Madelyn Cline, Madison Bailey, Jonathan Daviss, Rudy Pankow, Austin North, Drew Starkey, Deion Smith, and Charles Esten. All will reprise their roles in the series, which premiered on April 15 on the streaming service. Pate, Pate and Burke will all return as showrunners and executive producers.

“Outer Banks” follows the lives of a group of teenagers — called the “pogues,” describing the working class locals who live on the island — in the beach town of the Outer Banks in North Carolina. They live alongside the “kooks,” the wealthy residents who have second homes in the scenic area and with whom the pogues often get into scuffles over socioeconomic politics.

In Season 1 of the teen drama, the close-knit group of friends discovers a sunken boat that leads them on a hunt for their ringleader’s missing father and a treasure hunt for $400 million in gold.

In a recent interview with Variety, the cast explored its ties to teen drama predecessors “Dawson’s Creek” and “One Tree Hill.” (Cullen Moss, who portrays Deputy Shoupe, was on both shows.)