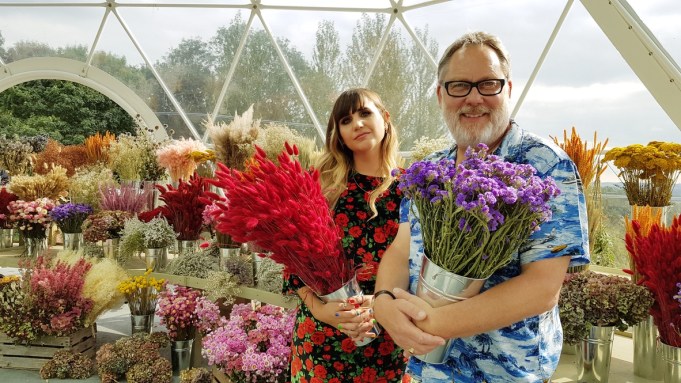 Here’s an exclusive peek at “The Big Flower Fight,” Netflix’s new unscripted competition format which launches on May 18.

Produced by ITV Studios-backed MultiStory Media, the eight-part series sees 10 creative teams square off in a contest to create huge flower installations. The series is hosted by “What We Do In The Shadows” star Natasia Demetriou and Vic Reeves.

In each episode, the teams are tasked with creating a larger-than-life sculpture, competing to design and build the biggest, most outlandish and beautiful displays possible from flowers and other natural materials — all while staving off elimination for one more week.

With a conservationist theme, the participants are encouraged to think about plants that give back to the environment — such as pollinating, insect-friendly species.

The trailer offers the first glimpse of the 10 creative duos taking part in the competition, who come from the U.S., Denmark, U.K. and Ireland. The winner of “The Big Flower Fight” will design their own sculpture to be put on display in London’s famed Kew Royal Botanic Gardens.

“The Big Flower Fight” marks the latest stage in a major non-scripted push by Netflix, which has had recent success with series such as “The Circle” and “Too Hot to Handle,” both of which originate from U.K. production companies.

“The Big Flower Fight” was commissioned by Nathaniel Grouille and Lucy Leveugle for Netflix.