NBA Bets on Issa Rae to Draw Fans Back to Court 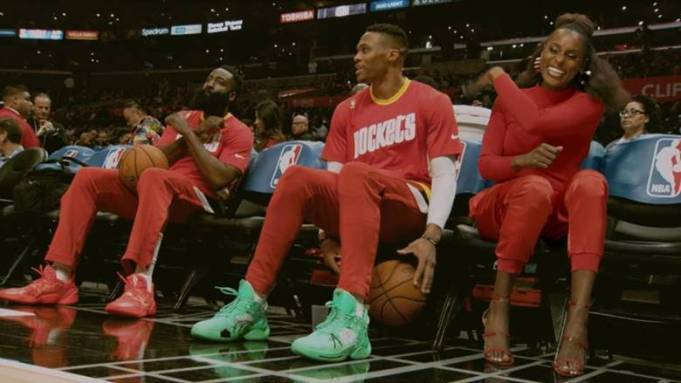 The producer and actor isn’t picking up a ball to play against the Nets, the Jazz or the Golden State Warrrior, but she may have to execute a trickier maneuver: luring fans back to a new NBA cycle that is likely to be one of most scrutinized in the league’s history.

Rae is the center of a new NBA campaign that aims to remind fans where basketball left off earlier this year and build new appetites for the restart of the season. The NBA in March suspended its season after a Utah Jazz player tested positive for coronavirus. Since that time, the NBA, like other sports leagues, has had to ponder alternative plans, health policies and player concerns as it tries to navigate new play. The league has brought players and teams near Orlando, where they will play at a Walt Disney facility under strict rules. The 2019-20 NBA season resumes on Thursday, July 30, with a doubleheader on WarnerMedia’s TNT starting at 6:30 p.m..

“This is absolutely a creative challenge,” says Danielle Lee, the league’s chief fan officer. “We want to acknowledge the journey we have all been on” she adds, “but also infuse a sense of resilience and excitement and joy.”

In the first spot of four that will be used in the effort, Rae appears in an empty arena, discussing some of the many changes the world has been through in recent months. “A lot has been going on….a lot,” she says. The ad then utilizes some of the most memorable scenes of action from 2020’s games, while Rae appears in the midst of fans and even on the court in the middle of some action. “It’s all back – but with a slight twist,” she says. “It’s the game you love, the way you’ve never seen it before.”

The NBA has essentially created an end-of-season tournament that will move into a playoffs. Its finals typically air in June and are one of the most-watched events on the sports calendar. Standard Media Index, a tracker of ad spending, estimates TV networks with NBA rights – WarnerMedia’s TNT and Disney’s ESPN and ABC – lost $240 million in advertising due to the suspension of NBA games earlier this year.

The NBA’s Lee says the league has been considering strategy for a campaign since April, and had to pivot as conditions changed. Executives and ad-agency Carwright, a WPP-backed creative firm that recently launched. wanted to devise a message that would seem appropriate not only for sports fans but for people mindful of recent calls for social change. Rae “embodies fun and autheniticity, and has an unapologetic way,” says Lee.