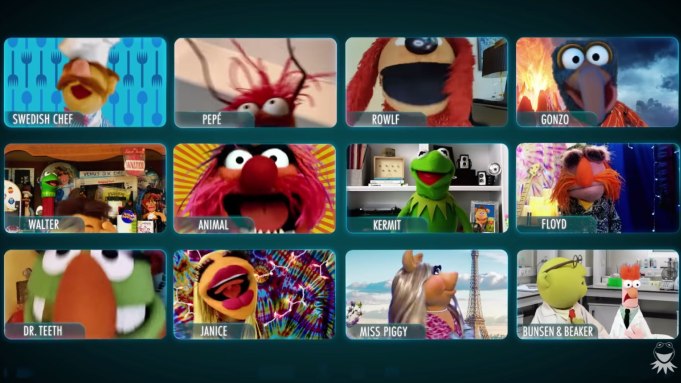 Disney has released a new trailer for “Muppets Now,” which is set to premiere July 31 on Disney Plus.

The two minute trailer features a video call between many of the iconic Muppets cast, from Miss Piggy to Gonzo. Kermit announces that their idea for a new show got the green light. He then introduces the group to “Joe,” a weasel from the legal department, who gives them the run-down on the digital content they’ll be expected to create.

“What I think that Joe is trying to say is that Disney Plus just wants us to, you know, be ourselves and dream big,” Kermit says in the trailer.

The first-ever streaming collection of “muppisodes” – a name Joe from legal says enhances the show’s intellectual property – will be unscripted and feature a host of guest stars as well as improvised comedy from the Muppets themselves.

The news and concept for the short-form show garnered public attention during its announcement at the Disney Plus D23 Expo event last year, but Joe kept many details under wraps.

A previous trailer from June flashes clips from the soon-to-air episodes, including an interview with Aubrey Plaza. But Joe quickly shuts down all discussion of details for the show, instead urging Kermit to keep the show announcement vague. Other guests include Judy Hale and RuPaul, among others.

The Muppets’ streaming debut, produced by Muppets Studio and Soapbox Films, will air new episodes every Friday and cover lifestyle, cooking, science and more, according to the trailer.