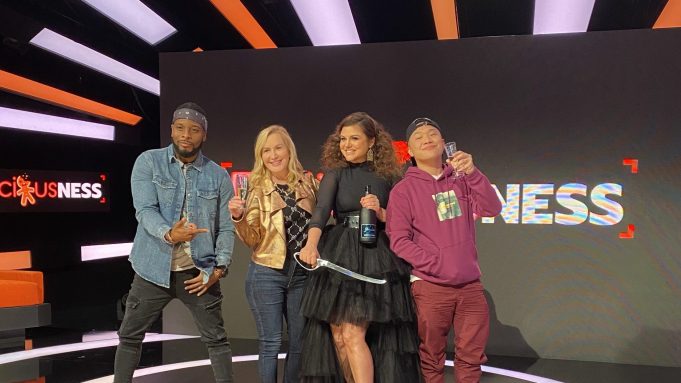 MTV’s “Deliciousness,” a spinoff of “Ridiculousness” hosted by Tiffani Thiessen, features the internet’s most viral food videos and Variety has obtained an exclusive clip of two segments, “BBQ AF” and “31 Feelings” about barbecue and ice cream.

The clip shows Thiessen and the panelists reacting to barbecue fails, such as a possum family living in a grill and a viral video of a grill cook complaining about how there’s no cheese at any of the functions he attends. Meanwhile, the ice cream segment highlights our love for the dessert, featuring entertaining clips of a child’s elation when they try ice cream for the first time and misery when they drop a cone, as well as the lengths one will go to catch an ice cream truck.

The show builds on the popularity of “Ridiculousness” hosted by Rob Dyrdek, which remains popular on MTV nearly 10 years into its run. “Ridiculousness” serves as the lead in to “Deliciousness,” with both strip shows airing outside primetime on MTV while managing solid ratings. According to a source with knowledge of the situation, plans are in the works to possibly expand the franchise further with other themed shows.

“Ridiculousness” and “Deliciousness” are produced by Superjacket Productions, a subsidiary of Thrill One Sports & Entertainment, and Gorilla Flicks.