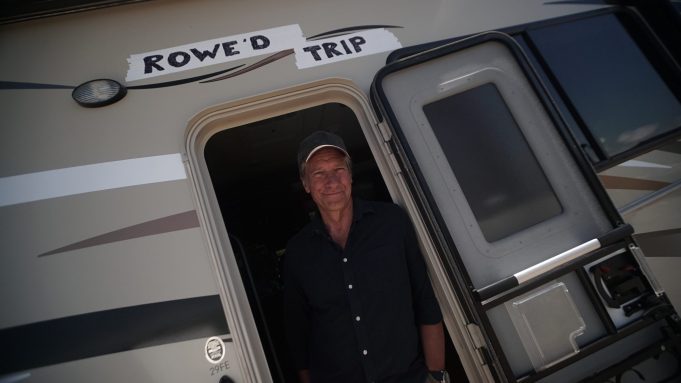 Mike Rowe is coming back to Discovery Channel. Variety has learned exclusively that Rowe will host a four-episode series titled “Dirty Jobs: Rowe’d Trip” for the cabler.

The show is described as part reunion, part road trip, and part “where are they now.” It will debut on July 7 at 9 p.m. ET/PT. It will also be available on the Discovery Go app.

“Rowe’d Trip” will feature the original “Dirty Jobs” crew traveling together in a mini-RV and reminiscing about their time on the show. They will also revisit past jobbers and tell new stories. Each episode will follow a specific theme – Infrastructure, Innovator, Isolation and Animals — with the trip culminating in a stop at a unique destination.

“‘Dirty Jobs’ Forrest Gumped it’s way on the air in 2004 and changed my life forever,” Rowe said. “What began as a simple tribute to my grandfather, has evolved into the granddaddy of ‘essential work’ programming, and I’m humbled everyday by the number of people who continue to watch. Personally, I’ve missed the camaraderie more than anything else – the fun of traveling with a tight-knit crew, meeting the finest people you could ever hope to know, and shooting in all 50 states many times over. Looking back at my favorite moments with the old crew while hitting the open road was the perfect way to reunite, especially at a time like the one we’re all living through now. I know that fans of the show will have as much fun watching, as we did filming.”

The original “Dirty Jobs” aired for eight seasons and 169 episodes on Discovery from 2005 to 2013. During its run, Rowe and team traveled to all 50 states with Rowe completing 300 different jobs, ranging from sewer inspector and goat milk soap maker to fish farmer and underwater logger.