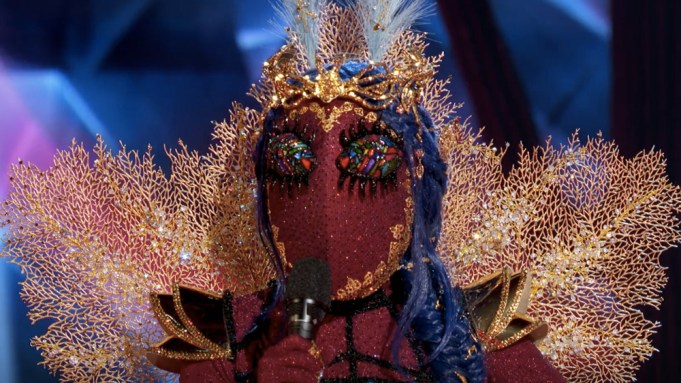 Fox has unveiled the trailer to its long-awaited “The Masked Singer” spinoff series, “The Masked Dancer,” exclusively to Variety.

The teaser introduces celeb contestants who will perform “unique dances, while covered from head to toe in elaborate costumes and face masks, leaving audiences to guess their identities.” According to the promo, there will be “clues everywhere” to identify the mystery dancers, from their costumes to their moves. “That is the TikTok sign,” judge Ashley Tisdale says as The Tulip throws up their arms.

“Look how athletic he is,” judge Paula Abdul says as The Shark rips off their shirt.

The judges will also have the opportunity to hear the contestants say one word in their real voices, a hint that wasn’t available in the original installment.

“I know exactly who this is,” Ken Jeong, who also judges “Masked Singer,” says about a contestant clad in a red costume with gold wings and a purple wig. Brian Austin Green rounds out the judging panel.

“Obviously the difference in the format is the fact that you don’t hear someone’s voice, yet you still have to guess, so we need to work out ways to help the viewer guess people in a slightly different way,” Rob Wade, Fox’s head of alternative entertainment and specials, told Variety earlier this year. “It doesn’t have to be a solo dance. It could be a group dance or dances with another person who doesn’t have a mask on, so you can have partners as well, which would give you the ability to have a variety of different dances. I think it’s a question of how you can get the clues out.”