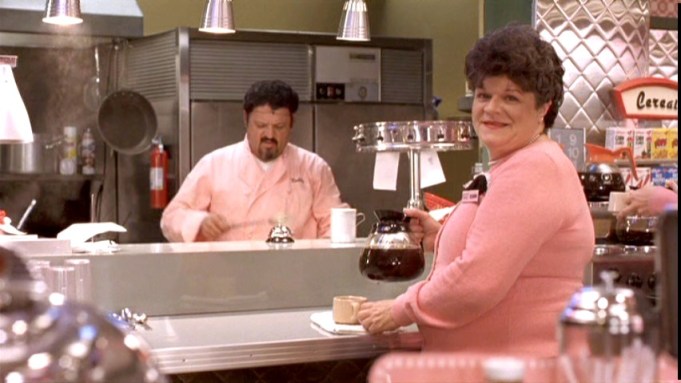 Mary Pat Gleason, whose extensive list of film and television credits includes “A Cinderella Story” and more recently the CBS sitcom “Mom,” died of cancer on June 2. She was 70.

Gleason’s manager confirmed the news, telling Variety that “she was a fighter to the end.”

The actress began her career in 1982, with her first on-screen role being in an episode of the NBC soap opera “Texas.” Four years later, Gleason won a daytime Emmy as part of the writing team on “Guiding Light,” the long-running radio and soap opera which ran for a whopping 72 seasons across both mediums, before being canceled by CBS in 2009. Gleason also starred in the series as Jane Horgan.

Many viewers will recognize Gleason for her recurring role on CBS’s “Mom.” She played Mary, an AA member who was frequently interrupted by Bonnie (Allison Janney) when she shared her problems with the group. The character’s anecdotes tended to be bizarre, often creepy, and she ended up dying of a brain aneurysm during one meeting in an episode of the show’s recent seventh season.

She appeared in episodes of “The Blacklist” and “American Housewife” in the last couple years, as well as in the College Humor series “WTF 101.”

On the film side, her impressive list of credits includes “Basic Instinct,” “The Crucible,” and the 2003 George Clooney and Catherine Zeta-Jones romantic comedy “Intolerable Cruelty.” Her rom-com streak extended the next year to “A Cinderella Story,” in which she played waitress Eleanor to Regina King’s restaurant manager Rhonda.

Her final film credit was in the 2018 Netflix movie “Sierra Burgess Is a Loser,” in which she played the high school guidance counselor to Sierra (Shannon Purser) and the main cast of teens.