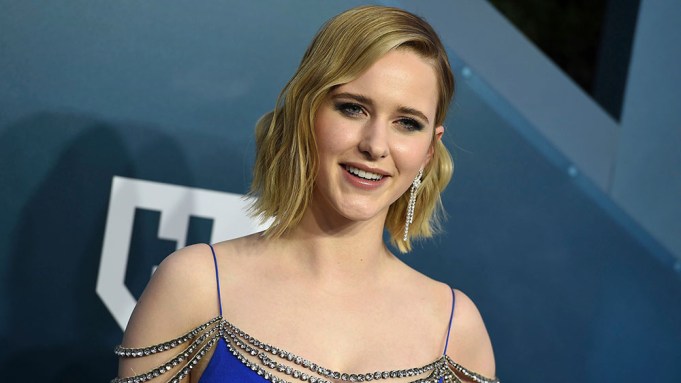 The cast of “The Marvelous Mrs. Maisel” nabbed two Screen Actors Guild Awards at Sunday’s ceremony, for outstanding male actor (Tony Shalhoub) and outstanding performance by an ensemble in a comedy series, the latter adding one more statue to star Rachel Brosnahan’s collection.

But it wasn’t until Brosnahan won her first Globe in 2018 that her parents stopped referring to acting as her “hobby.”

“I had a ‘thing,’ and I could be like, [pretends to put a statue on the table] ‘It’s not a hobby anymore,’” she tells Variety. “They get it now, now that I’m not waitressing at the same time anymore, not a nanny and also trying to be an actor. I think we’re in the clear.”

The cast — who won in the same SAG Awards category last year — dedicated their ensemble win to Brian Tarantina. Tarantina played Jackie on the show; he died of an accidental drug overdose in November.

Brosnahan remembers him lovingly, saying, “Brian was an incredible incredible actor and a f—ing weirdo and an amazing, amazing person. He made us so much better and our ensemble won’t be the same.”

The third season of the show, which dropped on Amazon Prime Video in December, focuses on Midge Maisel’s rising stardom as a touring stand-up comic and the struggle of balancing a personal life and an unconventional professional one. Brosnahan has been indirectly “mom-shamed” playing Maisel, fielding accusations of child neglect from viewers (or ex-viewers) displeased with the jokes that sometimes come at the expense of Midge’s two children with her ex-husband, Joel, played by Michael Zegen.

“I’m sure, like most parents, they are unintentionally f—ing up their children in many, many ways,” she says, “but the idea that they’re abusive or neglectful parents — those kinds of words being thrown around about these particular children feels problematic to me.”

She adds that the same sexism directed at the women of Maisel’s era, and depicted on the show, is not exactly foreign to women today.

“The show is a comedy. There’s a certain level of fantasy, but it’s rooted in a reality that a lot of women are still facing today: your agency and autonomy not being taken seriously,” she says. “Women are still being told that we’re not funny, which is crazy.”

Plenty of women are showing they are, though, thanks to Midge: Brosnahan says she meets fans who, inspired by Mrs. Maisel, are trying their hands at stand-up comedy, something Brosnahan says she’s been too scared to do in real life.

But on others trying it out, perhaps reinventing themselves in the same way Midge is? She says, laughing, “I love that. I’m scared for them, but I love that.”