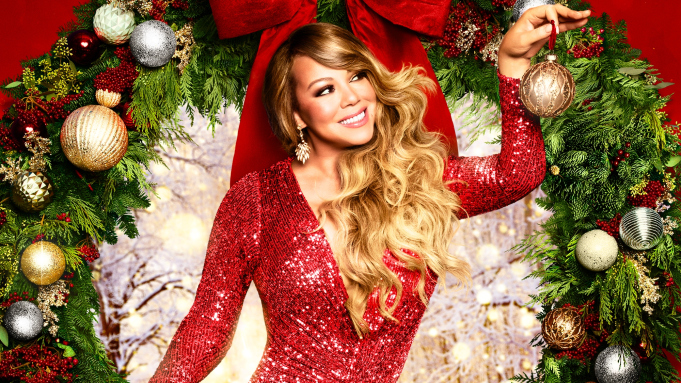 After the year that 2020 was, Mariah Carey knows “this Christmas we could all use a little magic.”

Well, it’s not quite Dec. 25 yet, but Carey and Apple TV Plus are making good on that delivery already, releasing a trailer for their upcoming holiday special collaboration, “Mariah Carey’s Magical Christmas Special.”

The trailer, which you can watch above, begins presumably how the special itself will: with comedian Tiffany Haddish sitting in a cozy chair by a roaring fire, opening a big red book and ready to tell the audience “a great story.” The pages flip and suddenly we are inside an animated winter wonderland with her narration that says, “Santa decided the season couldn’t be merry without the one and only Mariah Carey.”

With a soundtrack of Carey’s No. 1 hit holiday song, “All I Want For Christmas Is You,” the trailer shows the singer-songwriter performing in a number of festive ensembles on winter wonderland-inspired sets. It also offers the first looks at Billy Eichner, Snoop Dogg, Jermaine Dupri, Jennifer Hudson and Ariana Grande, who are guest starring in the special. Hudson and Grande will be performing “Oh Santa!” with Carey, and a new music video will be released featuring them separately from the special.

Also appearing in the special, which is directed by Hamish Hamilton and Roman Coppola, are Misty Copeland, Mykal-Michelle Harris and Carey’s twins, Moroccan and Monroe. The special is executive produced by Carey, Hamilton and Coppola, as well as Ian Stewart, Raj Kapoor and Ashley Edens for Done + Dusted. It is written by Caroline Fox.

Carey most recently wrote about her love of Christmas in her recent memoir, “The Meaning of Mariah Carey,” which was published in September. A live (at the Tokyo Dome) version of “All I Want For Christmas Is You” also features on her latest album, the two-disc “The Rarities,” which dropped in October.