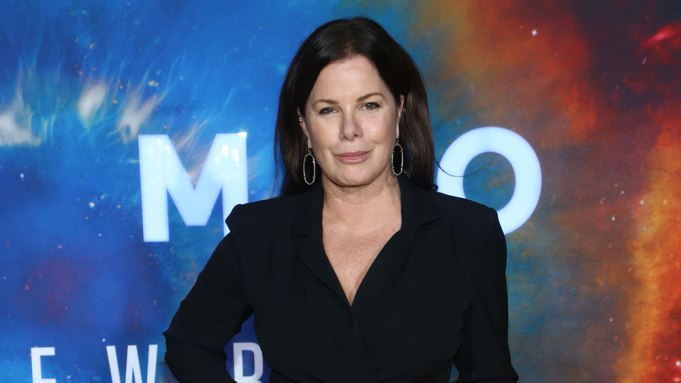 It’s no surprise that National Geographic’s new drama “Barksins” looks like it was really shot in the 17th century wilderness — even if there were no cameras in the 1600s.

“This is this village in the middle of Quebec that looks exactly like the village from the 1690s. It’s a working village. There are working fireplaces and she built four different sets that were just completely correct and authentic to the time,” she said. “You didn’t have to imagine so much. You were in those dresses that were dragging through the mud. You were picking the stuff from the garden. It was was easy to be there and be acting these characters and understanding them.”

The series is based on Annie Proulx’s novel of the same name about New France. However, Mathilde is a new character who doesn’t appear in the book.

“I tell you, I became Mathilde. She’s working, she’s cooking, she’s cleaning. She’s ringing the wash out on the post. She’s building the fire. She’s pulling the vegetables from the garden. This girl’s working,” Harden said.

After whipping up treats for the “Barkskins” team,” the Oscar and Tony winner is continuing to hone her cooking skills during quarantine, baking bread using recipes from a “Harry Potter” cookbook.

“The crew got wind that I like to cook. At wrap they would say, ‘Go out in to the garden, Marcia,'” she recalled. “I would gather onions and leeks and zucchinis and all kinds of stuff, and then they would bring these eggs to my trailer. I’d go home and make a quiche and bring it in the next day.”

“She’s not insecure,” Harden said. “She’s listening. She’ll think about what you said, analyze it, and go, ‘Okay, I get that.’ She’ll let you build on what you want.”

Harden also opened about her 16-year-old gay son, Hudson Scheel, and her advocacy for LGBTQ rights and equality.

“He is a super amazing brave person,” Harden said. “He [came] out in the seventh grade because he was just like, ‘I don’t want to live this lie. I know that’s not me. Who you think I am is not me.’”

She added that all her children — Hudson’s twin Julitta and their older sister Eulala, 21 — are teaching her about sexuality and gender expression. “They make me better,” Harden said. “They definitely make me aware.”

For more from Harden — including a second season of Apple TV Plus’s “The Morning Show” and her recollections of opening night of the original Broadway production of “Angels in America” in 1993 — watch the full “Variety After-Show” interview above.