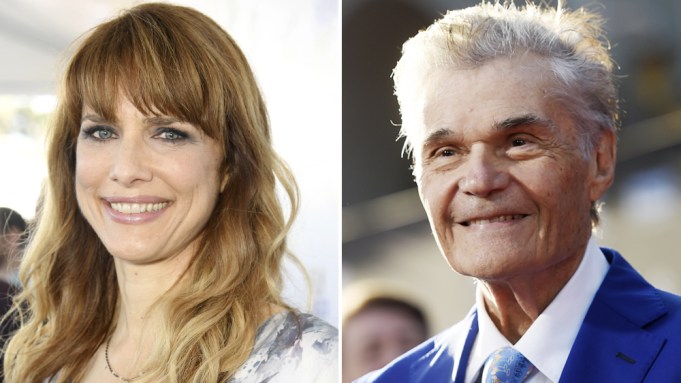 Lynn Shelton and Fred Willard both landed Emmy nominations posthumously when the nominees were announced on Tuesday morning.

Shelton died of a blood disorder on May 16 at the age of 54. The indie filmmaker was also known for movies like “Humpday” and “Your Sister’s Sister,” but worked extensively in television as well, directing episodes of “The Mindy Project,” “Mad Men,” “Glow” and “Fresh Off the Boat.”

Shelton’s parents, Wendy Roedell and David “Mac” Shelton, said in a statement on Tuesday morning, “That Lynn is honored by the Television Academy is not only a tribute to her accomplishments as a director but her style of directing. Always in control but kind-hearted. Making the final decisions but always soliciting input from her colleagues. Colleagues, yes, that is how she regarded everyone on the set, from grips and gaffers and set and costume designers to the director of photography and the actors. This is an honor for the ultimate collaborationist who knew that she would produce her best if she teased the best out of her teammates.”

It’s the fifth nomination for Willard, who’s being recognized in the guest actor in a comedy series category for his work as Frank Dunphy, the father of Ty Burrell’s Phil Dunphy, on “Modern Family.” Willard’s four previous nominations were all in that same category; he was also nominated in 2010 for “Modern Family,” and for three consecutive years in 2003-2005 for his role as Hank MacDougall, the father of Monica Horan’s Amy MacDougall-Barone, in “Everybody Loves Raymond.”

Willard died of cardiac arrest on May 15 at the age of 86. He had previously won a Daytime Emmy in 2015 for his role in as John Forrester on “The Bold and the Beautiful,” and he was also nominated in 1986 for outstanding talk or service show host for “What’s Hot, What’s Not.”