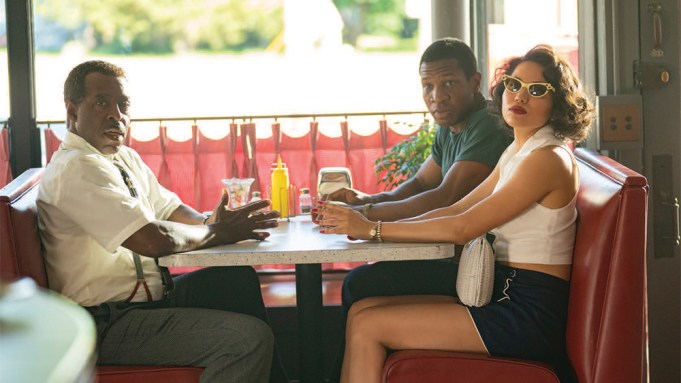 “Lovecraft Country” marks the second time Jurnee Smollett and creator Misha Green have worked together, extending their creative relationship from two seasons on WGN’s historical drama “Underground” to HBO’s buzzy horror series, based on the novel of the same name by Matt Ruff. The show is executive produced by Jordan Peele and J.J. Abrams.

But it’s the possibility of a third collaboration that has comic fans buzzing: could Smollett reprise her role as Black Canary in DC Films’ “Birds of Prey” in a Green-helmed project?

Smollett laughs, saying those conversations are above her pay grade. “It’s no secret how much I love Black Canary. It’s a dream, character and was a dream to play her,” she tells Variety. “If [the] dynamics fell in the right way, I would absolutely do it in a heartbeat, and Lord knows, I follow Misha wherever she leads me.”

Green adds that Smollett nabbing the role in the 2020 DC Universe actioner felt like fate: The two would play each other in the DCEU fighting video game “Injustice 2,” with Green choosing to play as Black Canary.

“And I just would just do the ‘canary scream’ to win all the time, which would frustrate [Jurnee],” Green recalls. “So, it was like, ‘It’s kind of kismet and funny that you’re now Black Canary because I was using that character to beat you with this game.’”

As for a serialized project centered on the chanteuse/anti-hero, Green says she would do it in a heartbeat, if the opportunity were to present itself (Variety reported last fall that The CW had been developing spinoff of “Arrow” centered on the Canaries crime-fighting group, starring Juliana Harkavy in the Dinah Drake/Black Canary role).

“I mean, you can’t help but imagine it a little bit… like, ‘What would I do with a Black Canary show?’” she says. “It’d be exciting, I know that.”

If “Lovecraft Country” is any evidence, Green knows how to execute on that promise. The 10-episode series centers on Atticus Freeman (Jonathan Majors), a Korean War veteran with a love for sci-fi author H.P. Lovecraft, who ventures across the 1950s Jim Crow South in search of his father (Michael Kenneth Williams). With his uncle George (Courtney B. Vance) and friend Letitia “Leti” Lewis (Smollett) in tow, Atticus encounters horrors both supernatural and man-made; with regards to the latter, the threat is, specifically, white supremacy.

Majors says grappling with issues of white supremacy, systemic racism and xenophobia through the sci-fi/horror genre allows viewers an entrypoint into engaging with those topics more readily.

“Genre takes all those ideas and puts them all under the same filter, right? [It] allows more people to take it in and then you take topics that feel so binary, as systemic racism, and you put it through that filter and it allows everybody to see it from their point of view,” he says.

And with historical context to boot. In “Lovecraft Country’s” first episode, Atticus, Leti and George are subject to racist segregation-era “sundown town” laws that prohibited Black Americans from being in certain majority white municipalities by sundown — only to encounter Lovecraftian vampires thereafter.

“I think the genre, at its best, is when there’s a metaphor. It’s a metaphor on top of the thing, the real thing you’re exploring. So, even in episode one, this idea of sundown towns and you can’t be Black after dark… That is the real-life horror. What is our metaphor on top of that? Oh, vampires,” says Green. “And the monsters show up and you’re almost relieved because the human monsters are even worse than the real, actual monsters are.”

Smollett adds that the subject matter feels particularly relevant now, in the context of global protests against systemic racism (inspired by the Black Lives Matter movement), of which Hollywood is no exception.

“it definitely feels that ‘Lovecraft Country’ is deconstructing this classic genre and reimagining it in a very bold and audacious way,” she says, “and centering Black voices in a genre that we’ve been shut out from for so long.”

Watch the full interview with Jurnee Smollett, Jonathan Majors and Misha Green from “Lovecraft Country” above.