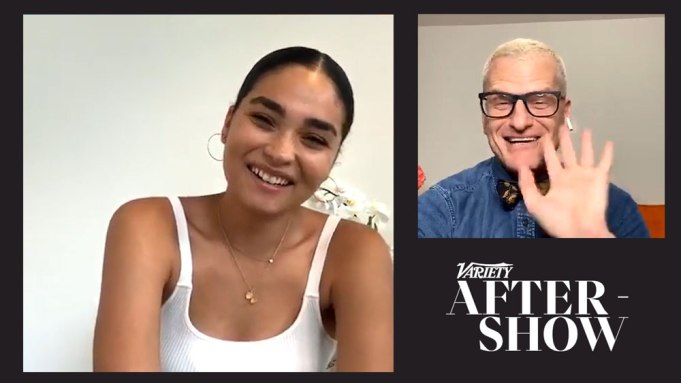 Whereas Bess works as a dogwalker and a bartender to make ends meet, O’Grady was a host at Figaro Bistrot in Hollywood when she was 17. She was fired after two months because she went home back East for the holidays to look at colleges. “They wanted me to work Christmas,” O’Grady said during an appearance on Variety After-Show.

But she holds no hard feelings. “The food is great,” she added.

Now 24, O’Grady’s credits include starring on Fox’s “Star” as well as in the horror film “Black Christmas.”

For the “Little Voice” audition, she had to perform songs by – who else? – Bareilles. “I was like, ‘I know a couple,’” O’Grady recalled. “I can do that. I got a couple in my back pocket.”

On working with Bareilles, O’Grady gushed, “I felt instantly comfortable with her. She felt like a buddy and a mentor and somebody who was so gracious and guiding. She was king of a guiding like through the whole process.”

If all goes well with the series, which is executive produced by Bareilles and J.J. Abrams, it will be picked up for a second season.

O’Grady’s wish list of guest stars-performers includes John Legend (there’s a photo of him hanging at the bar where Bess works), Hozier and Josh Groban, who co-hosted the Tonys with Bareilles in 2018. “I never told Sara this, but I absolutely love Josh Groban,” O’Grady said. “I would love to sing with him.”

Watch the full interview above to find out how the series’ creators embraced O’Grady’s biracial ethnicity, what she’s been binging during quarantine and what happened at one of her worst auditions.