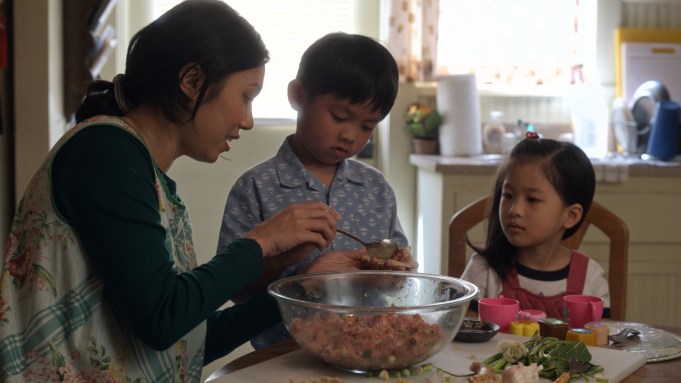 When it premiered on Apple TV Plus in January, “Little America” brought a variety of stories to the streamer, with each episode dramatizing a different experience of immigrants in the United States.

In a conversation moderated by Variety senior TV reporter Elaine Low at Variety’s virtual TV summit, executive producers Kumail Nanjiani, Alan Yang, Lee Eisenberg, Emily V. Gordon, Sian Heder and Joshuah Bearman discussed their mission statement for the series and the challenges of executing its unique anthology format, with no episode quite like any of the others.

Nanjiani explained how the group decided on making “The Manager” the first episode of the series. The episode follows a twelve-year-old spelling bee whiz whose parents must tackle the gauntlet of the American immigration process in India.

“It’s in some ways our most issue-driven episode, in that it is explicitly about the immigration process and how dehumanizing and arbitrary and infuriating it can be, [speaking] as someone who had to go through it,” Nanjiani said. “In some ways it’s also our bleakest episode, because it’s the one where the protagonist really has absolutely no power to fix the situation they’re in. For all that, it just felt like the right one to start with, even though I find it the least uplifting of all of them and so different from the all of the other ones. It just seemed like a good thesis statement to make for the series. We’re dealing with the immigration system every now and then, but it’s about the people stuck with it.”

With each episode telling a new story about immigrants from different areas of the world, the show’s casting directors were faced with a constantly changing set of requirements.

“I think all of us were a little underprepared for how challenging it would be to make an anthology where there was such a huge expanse of locations and specific needs in terms of casting,” Heder said. “One week we were asking for a fifteen-year-old Mexican squash protege and the next week we were asking for 10 Nigerian Igbo speakers…We just discovered amazing people who weren’t necessarily names, who never played the leads before, but were certainly deserving of being on our show.”