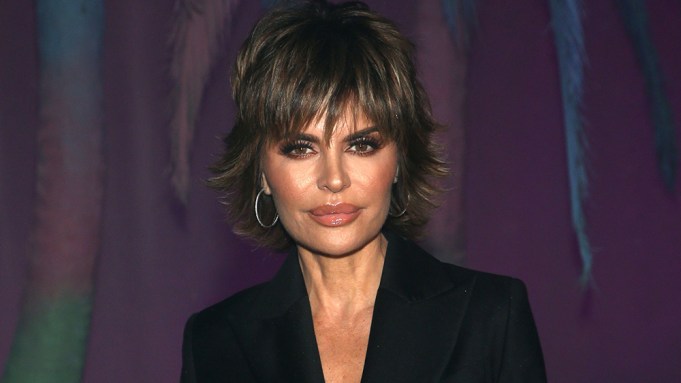 Even amid a pandemic, “The Real Housewives of Beverly Hills” star Lisa Rinna is continuing to hustle while she’s hunkered down at home with her husband, Harry Hamlin, and daughters, Delilah Belle and Amelia.

In an interview on “Variety Live” via Instagram, the 56-year-old reality TV guru and home shopping maven said that although she’s taking a moment to join the collective “pause” as people self-isolate, she’s also continuing her business ventures. That includes hawking her QVC fashion line, the Lisa Rinna Collection, over Skype and contemplating writing another book.

Other endeavors, however, like speaking engagements and launching a beauty line (originally set for September) have been put on hold indefinitely.

“Hopefully, [my businesses] will continue, and we’ll be able to make money and survive. I mean, that’s the scariest part is how do we keep it all going?” she told Variety.

Rinna has been active on social media, particularly Instagram, starting the #LisaRinnaDanceOff hashtag — which she uses to share fans doing their best Rinna-inspired dance moves — and signal boosting requests for help from medical professionals and small businesses.

“I worry about small businesses. I worry about the first responders getting masks and gloves. I’m trying to get that message out: What can we do to help?” she said.

She added that she’s been keeping in touch with members of her Bravo family, including host and “Real Housewives” executive producer Andy Cohen, who recently revealed to Variety exclusively that he had been diagnosed with coronavirus; she is also in touch with the Beverly Hills housewives but not all of them.

“Everybody is in a main chat. They splinter off into — kind of depending on where we are — different chats,” she said.

Sounds like a bit of foreshadowing for the show’s upcoming tenth season and Rinna’s sixth, premiering on April 15, with two new cast members, actor Garcelle Beauvais (the first African American housewife to join the Beverly Hills cast) and party planner/retail store owner Sutton Stracke, both of whom Rinna said she has known for years.

And from the looks of a recently debuted trailer, it’s a dramatic one, revolving partly around a storyline suggesting Denise Richards sent former housewife Brandi Glanville a cease-and-desist letter demanding Glanville not speak about a rumored affair the two had.

Rinna’s lips were sealed about the impending drama but summarized the season as such: “It’s exciting. It’s shocking. It’s everything that I think you want this season to be,” she said, emphasizing the word “shocking.”

Rinna’s daughters have also gotten candid about their personal lives. Elder daughter Delilah Belle revealed a stint in a treatment facility last year, while Amelia opened up about her struggles with an eating disorder. She said that she’s proud of her daughters for getting real about their less-than-perfect lives.

“The overwhelming feeling that I have is pride because to be able to share that – it’s really easy for these kids on Instagram to show the filtered beauty, the fabulous life, all that great stuff. That’s great, but I think that my girls know they’re here for a bigger purpose,” she said. “They’re both in a really, really great place right now, and they’re showing the world that you don’t have to be identified with whatever you have gone through in the past. You can move through it and move on and really help others.”

Shooting for the new season of “Housewives” had wrapped by the time the coronavirus outbreak reached the U.S., although Rinna said that whether or not they will be able to complete confessional interviews or film a reunion is still up in the air. She added that at this point, with the new season debuting in April, the cast would be expecting to film interviews through the summer.

As of now, she said she has not yet heard from Bravo about when those follow-up interviews will happen.

In the meantime, she has a comically oversized plastic bag filled to the brim with various prescription anti-anxiety medications and supplements (which she famously showed off on the show) to help her weather the pandemic.

She said, with a laugh, “Everything in my bag helps at this time.”