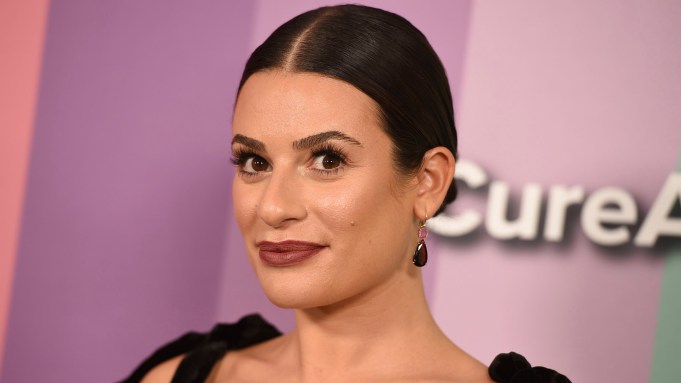 Meal-kit company HelloFresh has dropped Lea Michele after her former “Glee” co-star Samantha Ware said Michele made her life a “living hell” on the show.

Ware tweeted on Monday that Michele made “traumatic microaggressions” on the show, which made her question having a career in Hollywood.

“HelloFresh does not condone racism nor discrimination of any kind. We are disheartened and disappointed to learn of the recent claims concerning Lea Michele,” the company posted on Twitter, responding to a concerned follower on Tuesday. “We take this very seriously, and have ended our partnership with Lea Michele, effective immediately.”

A spokesperson for HelloFresh confirmed to Variety they had terminated “the relationship” with Michele, and a representative for Michele did not respond to Variety‘s repeated request for comment.

Michele has posted sponsored images on her social media with HelloFresh, which has a roster of paid partnerships with actors and reality TV personalities with large Instagram followings. Michele has nearly 6.5 million followers on Instagram.

Ware’s accusations on Monday evening were in response to a tweet from Michele that supported the Black Lives Matter movement in the wake of George Floyd’s death. “George Floyd did not deserve this. This was not an isolated incident and it must end,” Michele tweeted with the #BlackLivesMatter hashtag.

In response to her tweet, Ware tweeted in all caps: “Remember when you made my first television gig a living hell?!?! Cause I’ll never forget. I believe you told everyone that if you had the opportunity you would ‘s— in my wig!’ amongst other traumatic microaggressions that made me question a career in Hollywood.”

Ware’s accusations were backed up by other “Glee” actors, including Amber Riley — one of the main cast members — who posted a GIF of her sipping tea, signaling that she appears to agree with the drama Ware had recounted. Alex Newell, who was on the show for four seasons, was very vocal on social media, tweeting numerous times, including, “We ain’t got not a damn thing to lie about 6 years later!” Melissa Benoist, who joined “Glee” in Season 4 and now stars in “Supergirl,” weighed in by liking Ware, Riley, and Newell’s tweets from her account.

Yvette Nicole Brown, who co-starred with Michele on ABC’s “The Mayor” in 2017, also commented on the controversy. Brown responded to Ware’s tweet by writing, “I felt every one of those capital letters…every person on a set matters. Every person on a set deserves respect. And it is the responsibility of every series regular to make every person who visits their home feel welcome. This dismissive attitude is what’s wrong in Hollywood and the world.”

Zola — the online wedding registry, wedding planner, and retailer that had partnered with Michele last year during her wedding — has also spoken out against the actress, though the e-commerce company had ended their partnership with Michele long before accusations of her on-set behavior surfaced.

“While our partnership ended with Lea Michele several months ago, we are deeply disappointed by the news concerning her conduct,” the company said in a statement provided to Variety. “At Zola, we have firm guidelines for inclusion that we take very seriously. We condemn racism towards the Black community, or any other community, and we have zero tolerance for discrimination.

Ware had a recurring role on the sixth season of “Glee,” playing the character Jane Hayward across 11 episodes in 2015, while Michele was the top star of the hit show, garnering two Golden Globe nominations and one Emmy nomination for her role as Rachel Berry.

Michele has yet to respond to Ware’s accusations.